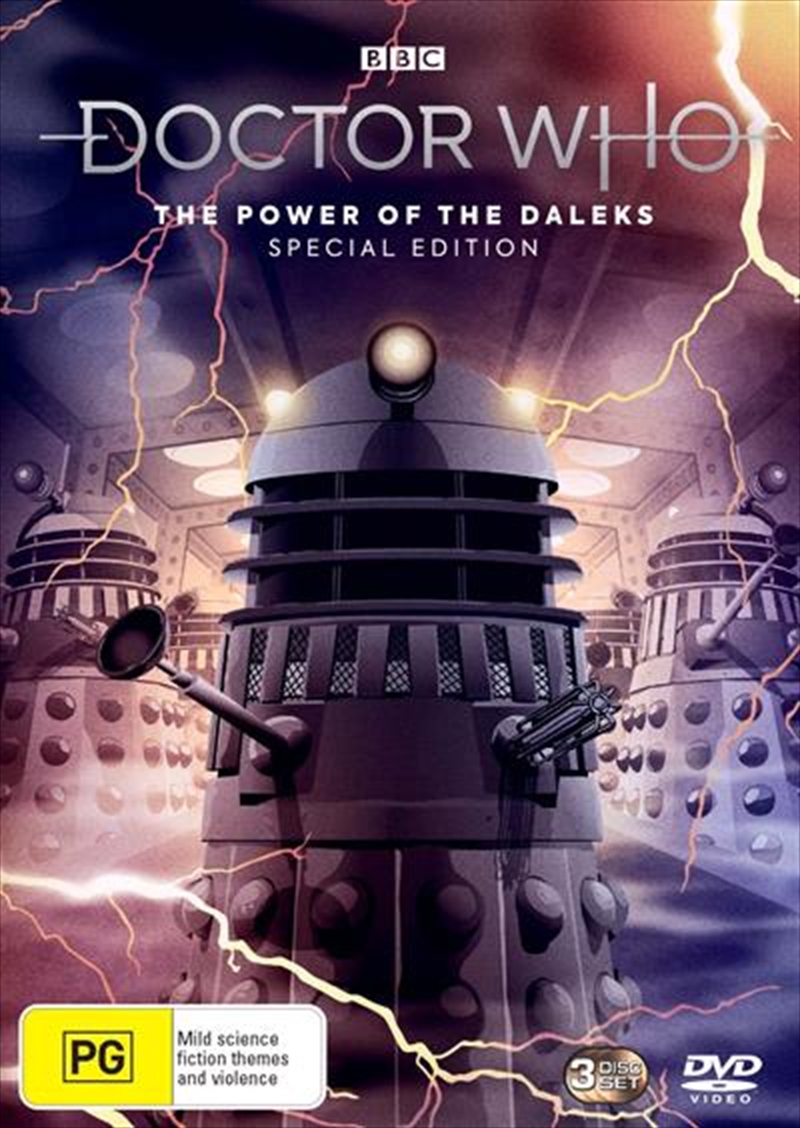 Shipping - See delivery options.
Postcode:
Quantity:
SEE MORE IN:
2 for $40 TV Doctor Who - All The DVDs & Merch All 2 for $40 BBC
DESCRIPTION

Doctor Who - Power Of The Daleks DVD

In 1974, the original tapes for Power of the Daleks were wiped from the BBC Archive. After 50 years, the BBC has animated this lost serial for a new age. In the original, the Doctor (Patrick Troughton) has just regenerated or has been renewed. His companions, Ben (Micheal Craze) and Polly (Anneke Wills), are unsure of this new man. Is he the old man they departed London with? But the TARDIS lands on the planet Vulcan, and soon the Doctor and his companions are mixed up in the death of an Earth examiner, a colony from Earth and a rebellion against the colony's current government. But, a scientist named Lesterson (Robert James) had foolishly tampered with powers he can't control. Now, the Daleks are planning on destroying the colony, and only the Doctor can stop them!
DETAILS

Title: Doctor Who - The Power Of The Daleks - Special Edition