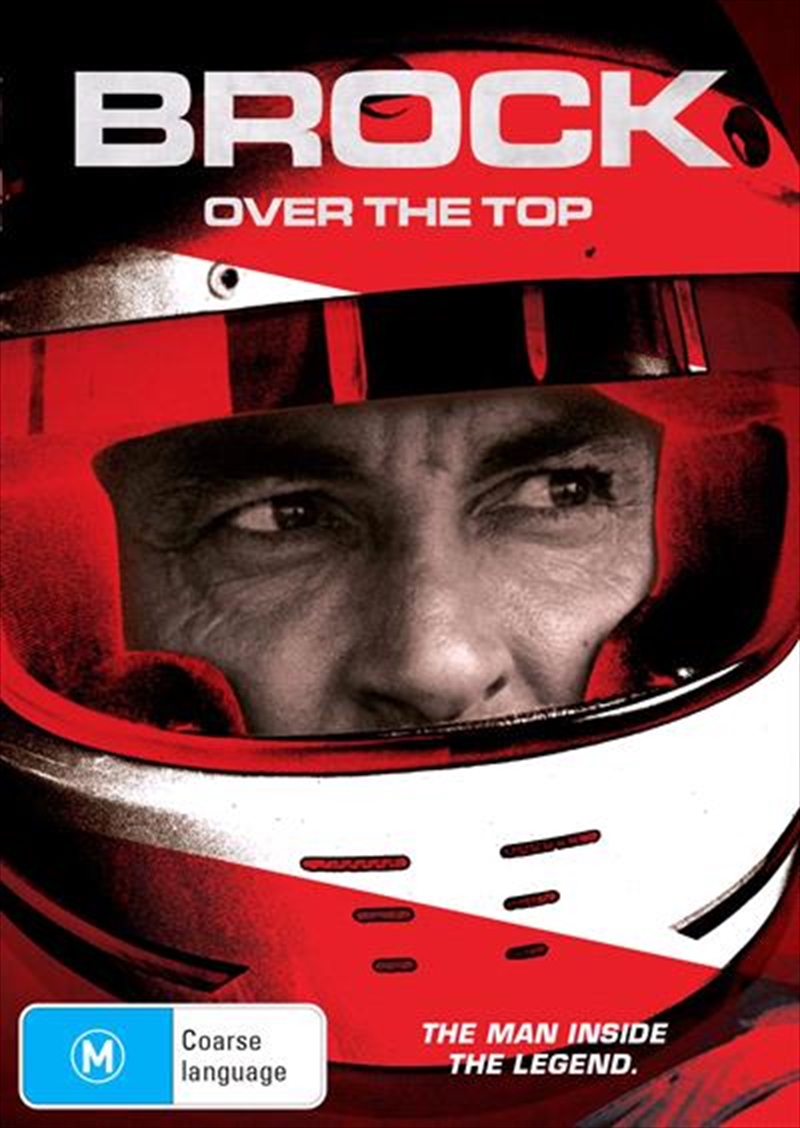 Brock - Over The Top DVD

The name Peter Brock is not only synonymous with Australian Motor Sport but one that holds a place of reverence in many Australian households. Featuring interviews with the people closest to Brock as well as thrilling archival material of some of Brocks most incredible races, public appearances and intimate moments.Brock is a high octane documentary celebrating the fascinating life story of one of Australias most legendary sportsmen

Review of Brock - Over The Top by Christopher Pattison

When it comes to documentaries, I am extremely picky. I need to have some form of admiration for the figure being discussed, or a genuine interest in the topic for me to fully engage with the documentary. As a Bathurst resident, Peter Brock is an icon of the town. King of Mount Panorama. This new documentary follows the legacy of Australian motor car icon ‘Peter Brock’. This documentary features interviews with the people closest to Peter Brock as well as archival footage of Brock’s most iconic and incredible races. With one of Australia’s most iconic spots people as the topic of this documentary and some new archival footage and a new perspective, this documentary was a delight to watch.
‘Brock - Over The Top’ was a pleasant surprise. Before watching this documentary, I was not aware of what the documentary was about going into it and after watching it, I am pleasantly surprised and have a newfound appreciation for Peter Brock. The documentary focuses heavily on the perception and relationship that Brock had with those around him. This really does give a little more insight to Brock as a person and it helps the audience relate to him and understand him a little more. Whilst known for his racing career, we also get a little more insight into his personal life, which is greatly important to understanding who Brock was as a person.
‘Brock - Over The Top’ is a touching tribute to an Australian icon. With new perspectives from family and friends and those close to Peter Brock and exciting archival footage from some of his best races as well, all showcased in glorious high definition. This was a thoroughly entertaining documentary and I would highly recommend it to those who are fans of Peter Brock or those who are simply looking for a tribute to an Aussie legend. I am giving ‘Brock - Over The Top’ an 8/10. Pick-up this one on Blu-Ray today from your local Sanity and online!
Chris has written this movie review for Sanity. See more from Chris here

Review of Brock: Over The Top by Peter Walkden

A feature-length documentary which shares the life of Peter Brock. In case you are not familiar, Peter Brock was well known in Australia. A lot of people will say that Peter Brock was the most excellent racing car driver that Australia ever witnessed, and the man was a great icon for the entire world to see.
The documentary begins with exploring Peter Brock’s younger years and following him as he grew with his family around him. We get to see Peter discovering how he built cars and how the genuine passion for driving grew. We also learn how Peter Brock was eventually on the racing track with the world watching and cheering him on.
During the film we also get interviews from many people. These interviews include those who influenced Peter Brock and the people who have been impacted by the presence of Peter Brock since, including his family and loved ones.
The visuals are lively. I enjoyed seeing the older footage of Peter Brock as a child, but even more as his journey began. The makers of this documentary were rather keen to provide the best footage they could and were eager to tell a complete story of his life. The audio track was also rather pleasing.
Overall, while I was quite familiar with the Australian icon, this documentary was well presented. It was great to learn about this legend. The soundtrack and sound effects for this documentary are rather pleasing, and I also enjoyed seeing all the older footage to tell the whole story. The interviews are powerful, revealing the life of Peter Brock. This documentary tells about the influences that turned a man into an Australian racing legend who will never be forgotten.
Peter has written this movie review for Sanity. See more from Peter here

Title: Brock - Over The Top