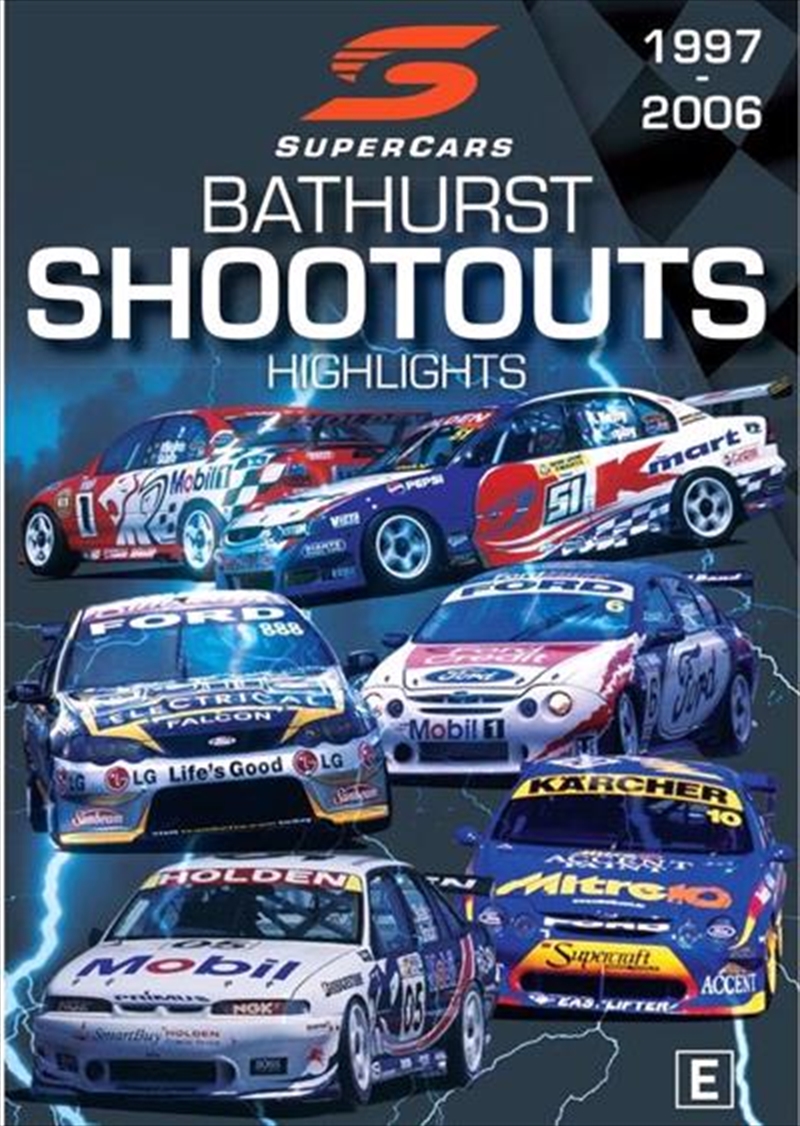 The Official Bathurst Top Ten argument settler You'll never get who sat on pole wrong! The traditional Shootout at Bathurst has become a pre-race highlight of each years 1000-kilometre enduro. This release features all of the greats in action at Mount Panorama, putting it all on the line in a bid to claim the prestigious pole position. Some of the footage is highlights coverage, but we have managed dig up some of the Saturday sessions complete coverage exactly as it went to air live. We recap the all-important Top 10 Shootouts from Bathurst (and the short-lived Top 15) between 1997 and 2006 as the biggest stars in Aussie racing shot for the ultimate glory of pole position for Australia's Great Race. Of course, a must in this release is the 2003 Lap Of The Gods by Greg Murphy in full! 10 Years of Glory on one DVD a must for Supercars fans. 1997 through to 2000 are highlights packages; 2001 includes the full Saturday Session coverage, 2002 and 2003 are highlights but we have included Greg Murphy's lap in full. Then there's the full Saturday Session coverage of 2004, 2005 and 2006.
DETAILS