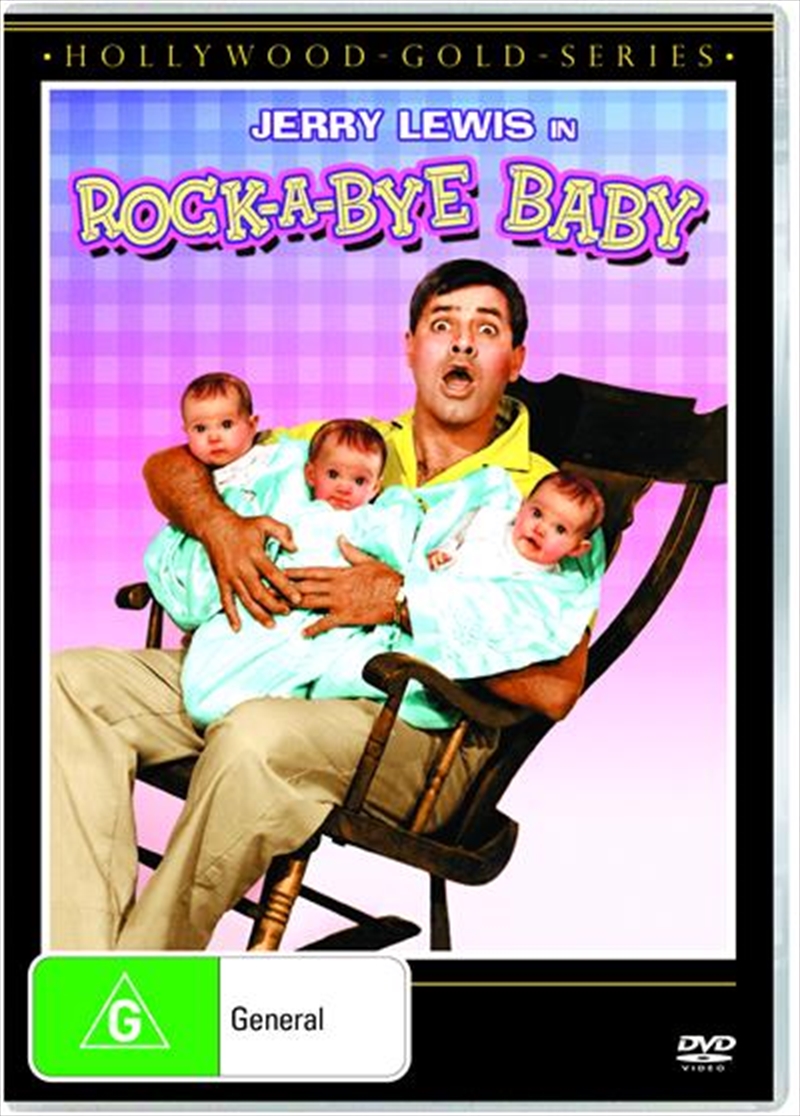 When three infants must depend on a goofy TV repairman turned baby-sitter, it's triple the hijinks, triple the fun and triple the laughs! Whether it's changing diapers, warming the bottles or singing off-key lullabies, this in-over-his-head nanny will have you up past your bedtime - because he's played by the incomparable Jerry Lewis. In Rock-A-Bye Baby, Lewis reaches new heights of buffoonery as the gawky Clayton Poole. When his childhood sweetheart, now a Hollywood actress (Marilyn Maxwell), finds herself widowed, pregnant and set to star in :White Virgin of the Nile", she turns to Jerry to keep the kids happy, healthy and under wraps. With the "King of Comedy" in charge, the nursery will never be the same.
DETAILS