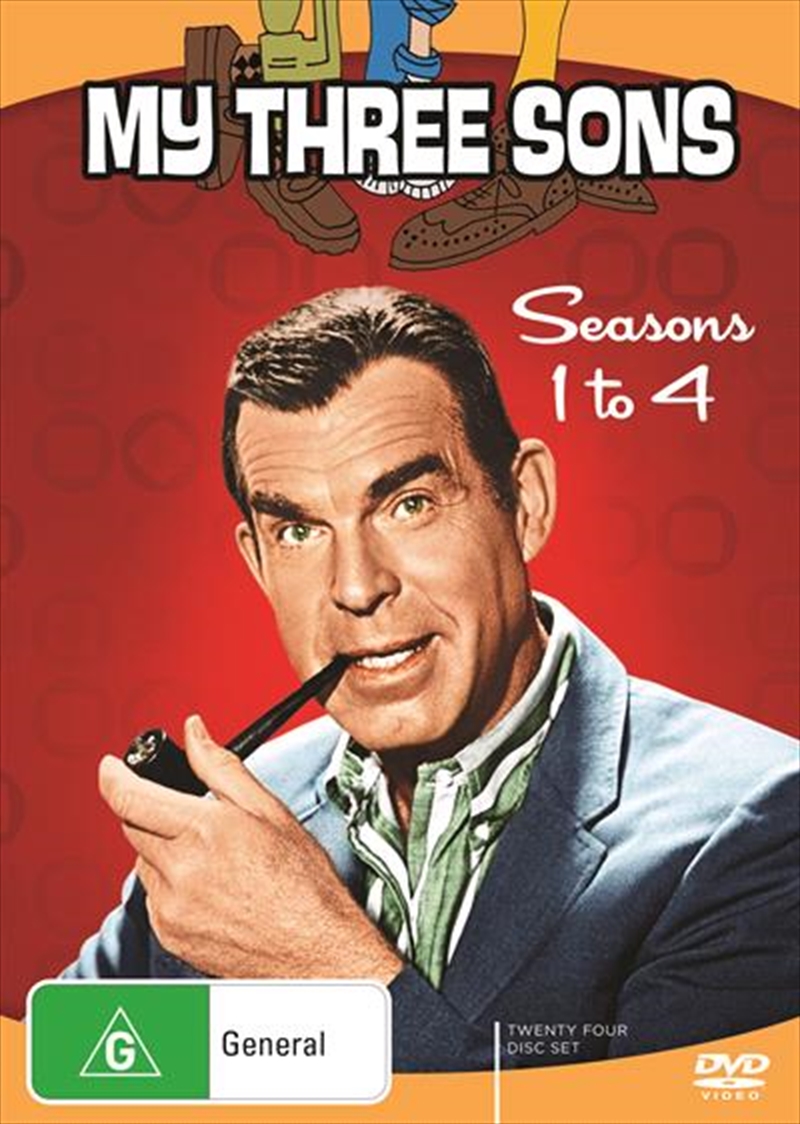 Fred MacMurray learns boys will be boys as he tries to keep order in his household. In color. (season seven)

MY THREE SONS stars Fred Mac Murray in a standout performance as Steve Douglas, an aeronautical engineer and widower raising his three sons alone. In this delightful slice-of -life comedy. Steve guides his oldest son Mike (Tim Condsidine) through college. Robbie (Don Grady) through those tumultuous high-school years and youngest son Chip (Stanley Livingston through adolescence. Wrangling this rambunctious group is a fulltime job, and that's where Grandpa Bub (William Frawley) comes in. Being the cook, the nanny and the housekeeper to three growing boys isn't easy as Bub quickly founds out ! Loaded with laughs, This Collection of My Three Sons lets you relive one of the all-time longest running classic comedy series in television history. FEATURES 149 TIMELESS EPISODES FROM THE FIRST FOUR SEASONS - DIGITALLY REMASTERED
DETAILS