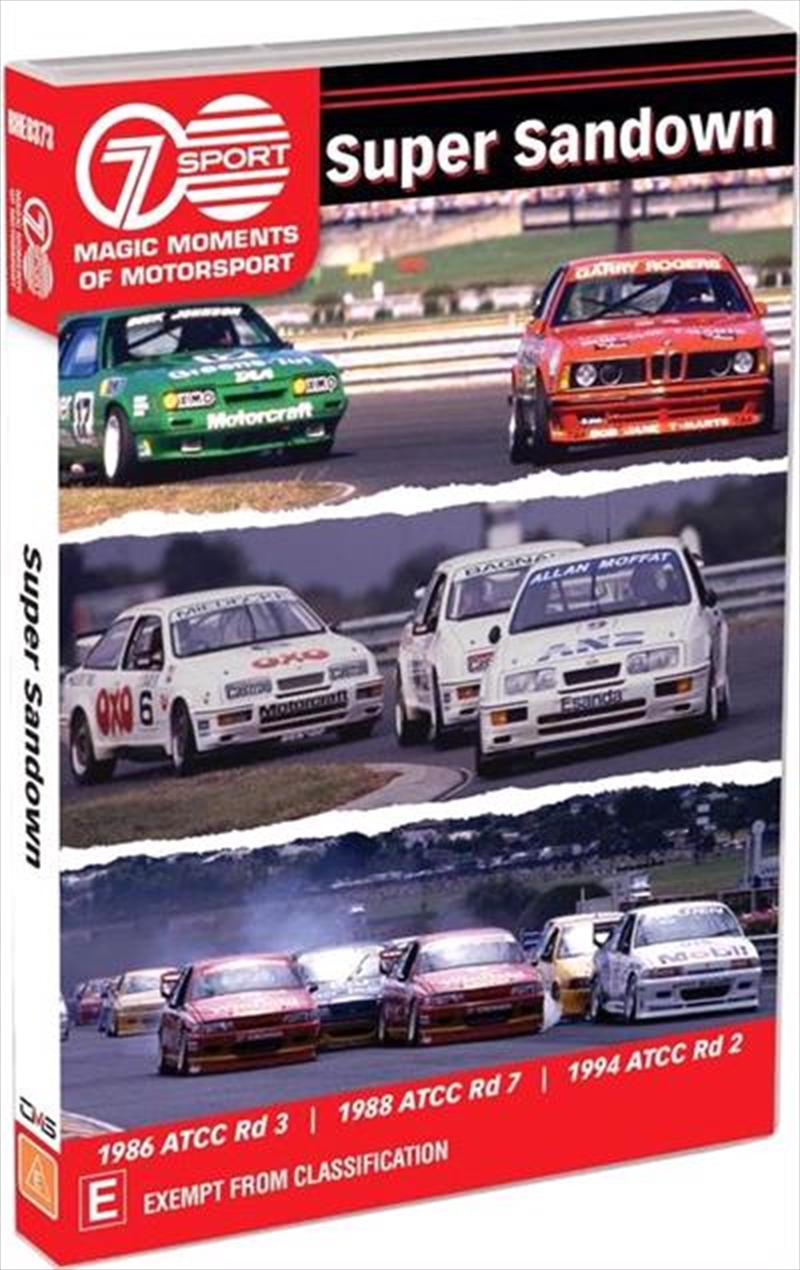 SANDOWN Motor Raceway holds a special place in Australian motorsport history and on this release we take a look back at three classic rounds of the Australian Touring Car Championship held at the Melbourne venue.First opened in 1962, the venue has hosted more rounds of the ATCC and its modern-day successor Supercars Championship than any other venue in the 60 year history of the championship.The three rounds on this DVD release cover a blend of Group A international era racing and home-grown Holden versus Ford V8 action.The first is the 1986 Castrol Challenge, Round 3 of that years title chase with the turbo cars the Nissan of George Fury and Volvo of Robbie Francevic the cars to beat on the unique 3.9-kilometre infield Sandown layout.Its a classic mid-1980s field with the 21-car field made also made up of cars including Holden Commodores, BMWs, Ford Mustangs, an Alfa Romeo, Toyota Supra and Mitsubishi Starion! The second round is the 1988 Sandown event, Round 7 of that years championship. By then the turbo Ford Sierras were the cars to have and the Shell duo Dick Johnson and John Bowe are at their dominant best.And to finish with, we've also got Round 2 of the 1994 ATCC featuring the battle of the V8s featuring Mark Skaife, Peter Brock, Larry Perkins, Jim Richards, Glenn Seton, Johnson, Bowe and many more!As an added bonus we've included where possible - all of the action filmed during the commercial breaks of the period, so you dont miss a second of these important races from Australian touring car history!This DVD is a must-have for your collection of Seven Sport Magic Moments of Motorsport titles, celebrating a brilliant era of racing at one of Australia's long-serving venues.
DETAILS