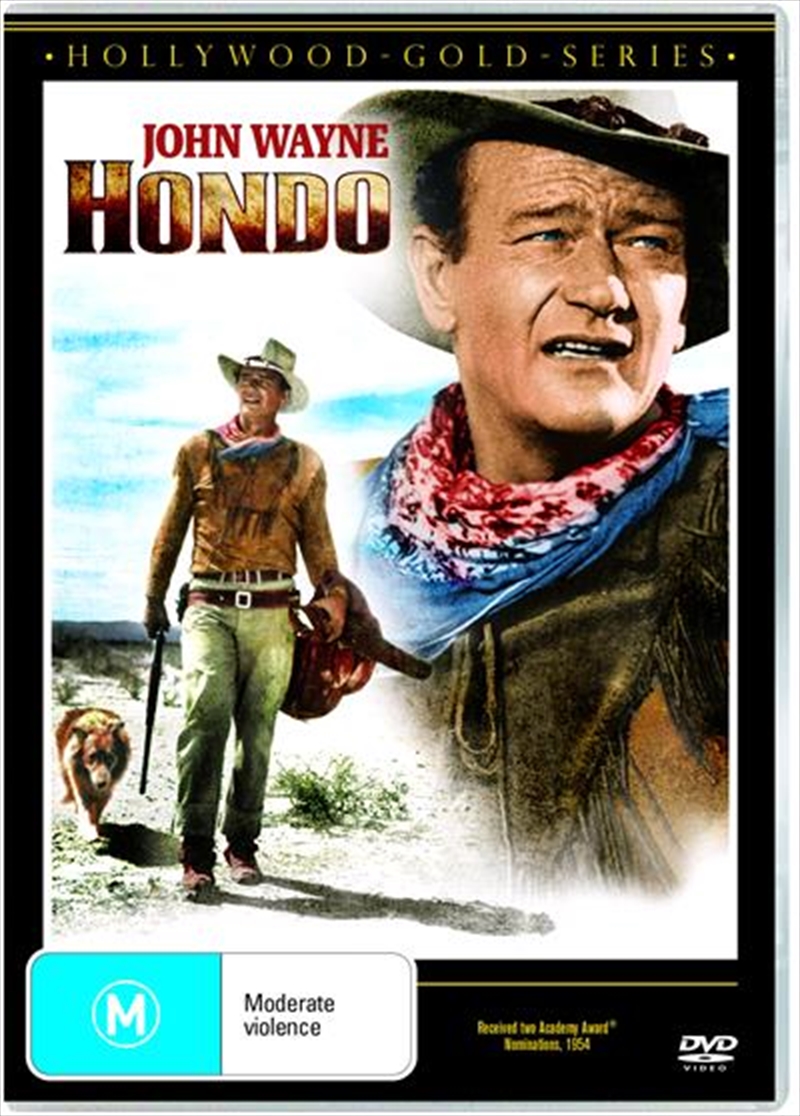 Apache war drums sound an ominous warning foran isolated female rancher and her young son in this exciting and memorable John Wayne classic. Wayne plays Hondo Lane, a cavalry rider who becomesthe designated protector of the strong-willed Angie Lowe (Geraldine Page) as well as a father figure to her boy, Johnny (Lee Aaker). Angie, determinedly awaiting the return of her brutish husband (Leo Gordon), refuses to leave their homestead despite the growing danger from nearby warring Native American tribes. And she finds herself growing more and more enthralled with this stranger, Hondo - a man hardened by experience but still capable of sympathy, kindness and love. Page received an Academy Award? nomination for Best Supporting Actress in this, one of her first film roles.
DETAILS