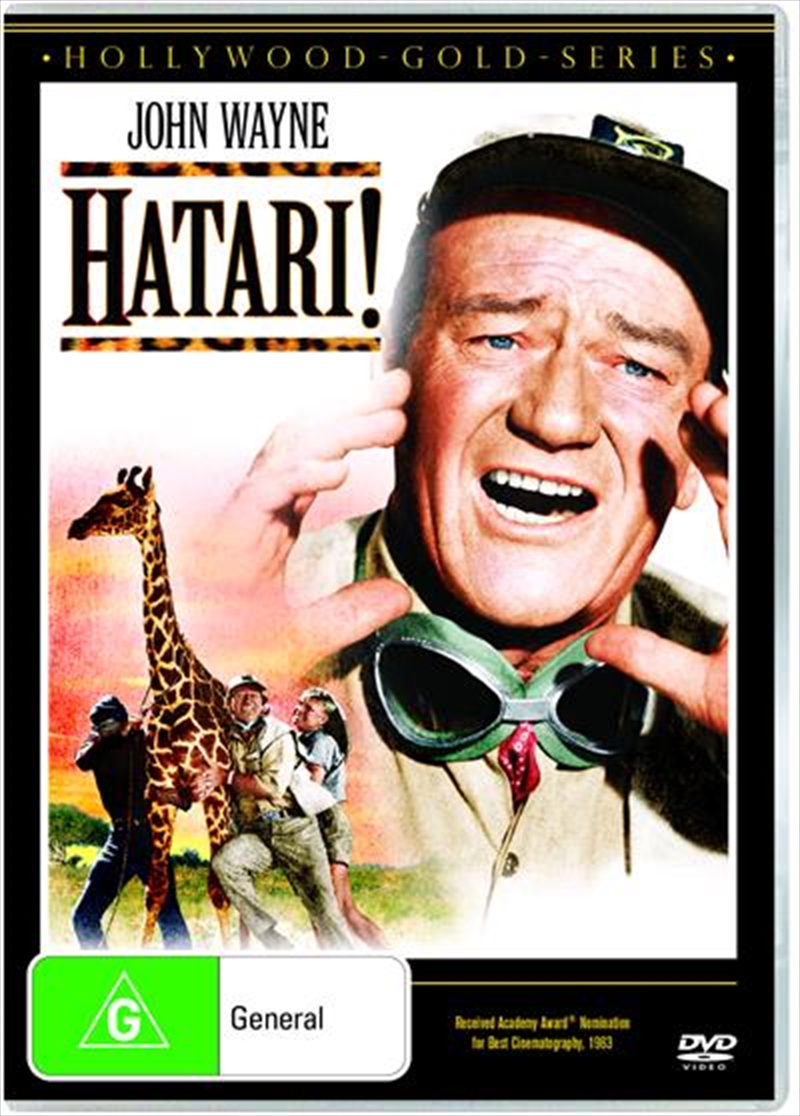 Director Howard Hawks reteams with John Wayne, who heads a group of highly skilled professional game hunters in Africa. Only they don't use bullets -- they capture the ferocious big game with strong rope and cameras for zoos and circus attractions. It is an exciting business that pits man against beast. "Hatari" means danger in Swahili, but Hatari also means a spectacular adventure film. The fine cast also includes Hardy Kruger, Red Buttons and Elsa Martinelli.
DETAILS