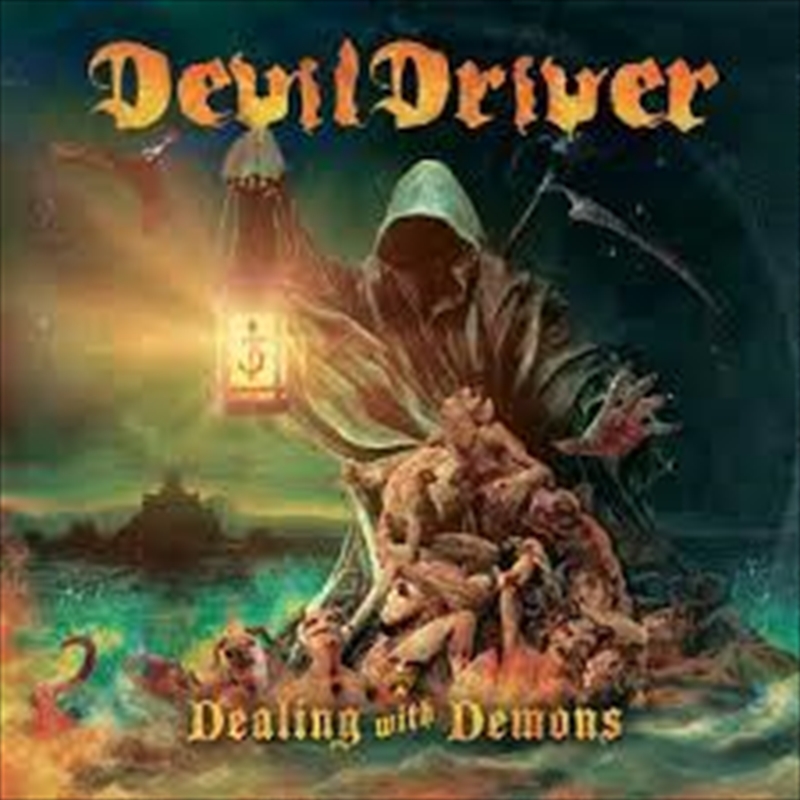 Quintessential dark groove metal innovators DEVILDRIVER have returned at the dawn of a new decade to deliver fans their most electrifying and introspective collection of anthems yet – Dealing With Demons I – part one of a hard-hitting double album that will have metalheads everywhere ushering in a new era!

DEVILDRIVER showcase just what has made them one of the top metal artists in the game with 10 unforgettably vehement, yet melodic stunners that not only offer a new mindset of aggression and potency for the band, but also a pensive deep dive into the psyche of front man Dez Fafara as he navigated some of the most difficult and tumultuous waters of his family life. Introductory track and first single “Keep Away From Me” traipses cryptically through an ominous passage before setting ablaze as an anthem of isolation and growth – setting the stage for the grimness that’s to come with a battering storm of pummelling drums and devastatingly heavy guitar pulses.

This is followed by “Vengeance is Clear”, a fortification of dark groove metal that entices the listener with a twisting rhythmic attack and an undeniable two-stepping bridge. Tracks like “Nest of Vipers” and title track “Dealing With Demons” hark back to the classic DEVILDRIVER sound with chugging, melodic riffage, while standout songs such as “Iona” and “Witches” command with story-like lyricism, indelible swagger and hair-raising leads. The haunting track “Wishing” explores new territory, showcasing Dez Fafara’s evocative clean vocal delivery for the very first time in the band’s acclaimed history. Each track showcases a different facet of a band that continues to transform through time, preserving their top tier status with each note. On Dealing With Demons I, DEVILDRIVER prove that they still reign supreme among metal’s all-time greats, leaving the listener craving what’s to come on Dealing With Demons II.

A1. Keep Away From Me

A2. Vengeance Is Clear

A3. Nest Of Vipers

B1. You Give Me A Reason To Drink

B3. Dealing With Demons

B4. The Damned Don't Cry

B5. Scars Me Forever