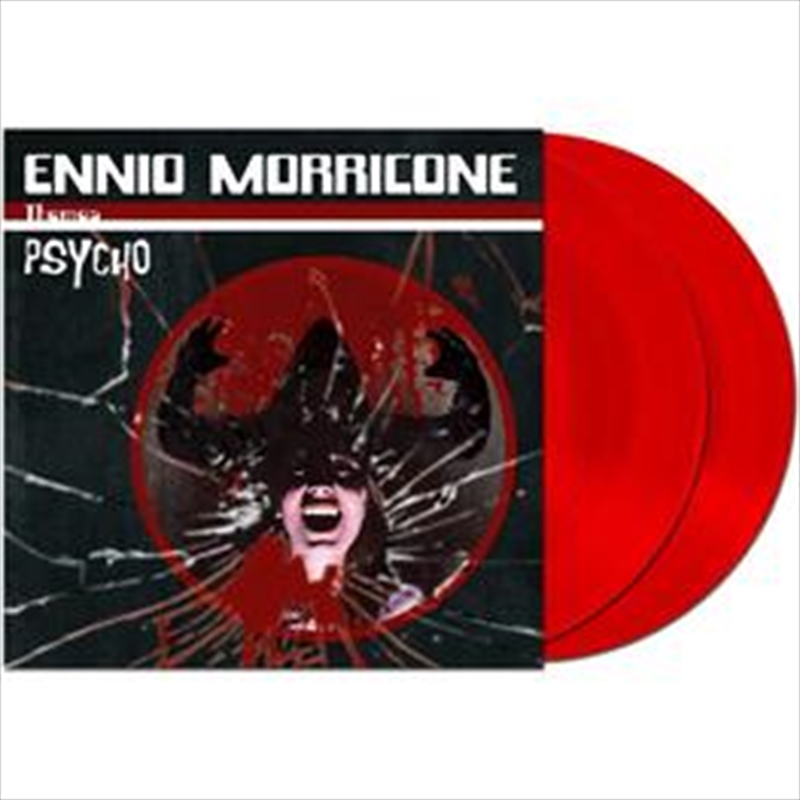 Psycho is the second in a series of five double vinyl releases that bring together some of Ennio Morricone's greatest soundtrack music. Each collection centres on a different movie genre, together they allow the listener to rediscover the unmatched genius of the greatest movie composer of all time. The Maestro.

This collection is dedicated to Morricone's work with Italian directors spanning the late 1960s up to the 1980s. These scores accompany some darkly dramatic films, some veering into the realms of horror.
The music highlights the psychological tension within the films and contrasts with his work in the USA during the same era. This is Morricone where he feels truly at home, working with the nuances and drama of the Italian psyche as laid bare by Italian filmmakers.

Starting 70 years ago as an arranger for the piece Mamma Bianca, Ennio Morricone is the emperor of scores and soundtracks. Morricone has always been a huge influence for the likes of Hans Zimmer, Danger Mouse, Muse, Metallica and many more musicians.

He's one of the most successful composers of all-time, selling over 70 million records and winning dozens of awards.
Psycho is available as a limited edition of 3000 individually numbered copies on translucent
red vinyl.
The package includes a 4-page insert with liner notes written by Claudio Fuiano.
The gatefold sleeve contains a red-spot varnish on the outside and images of iconic movie
posters on the inside.

A1. Second Nebula / Nebulosa Seconda From "the Secret" / "il Segreto"

A3. Before The Revelation / Prima Della Rivelazione From "devil In The Brain" / "il Diavolo Nel Cervello"

B4. Murder On The Lake / Assassinio Sul Lago From "night Flight From Moscow" / "il Serpente"

C4. Musica Per 11 Violini From "a Quiet Place In The Country" / "un Tranquillo Posto Di Campagna"

D2. She Has Come From The Sea / Venuta Dal Mare From "the Survivors" / "ecce Homo - I Sopravvissuti