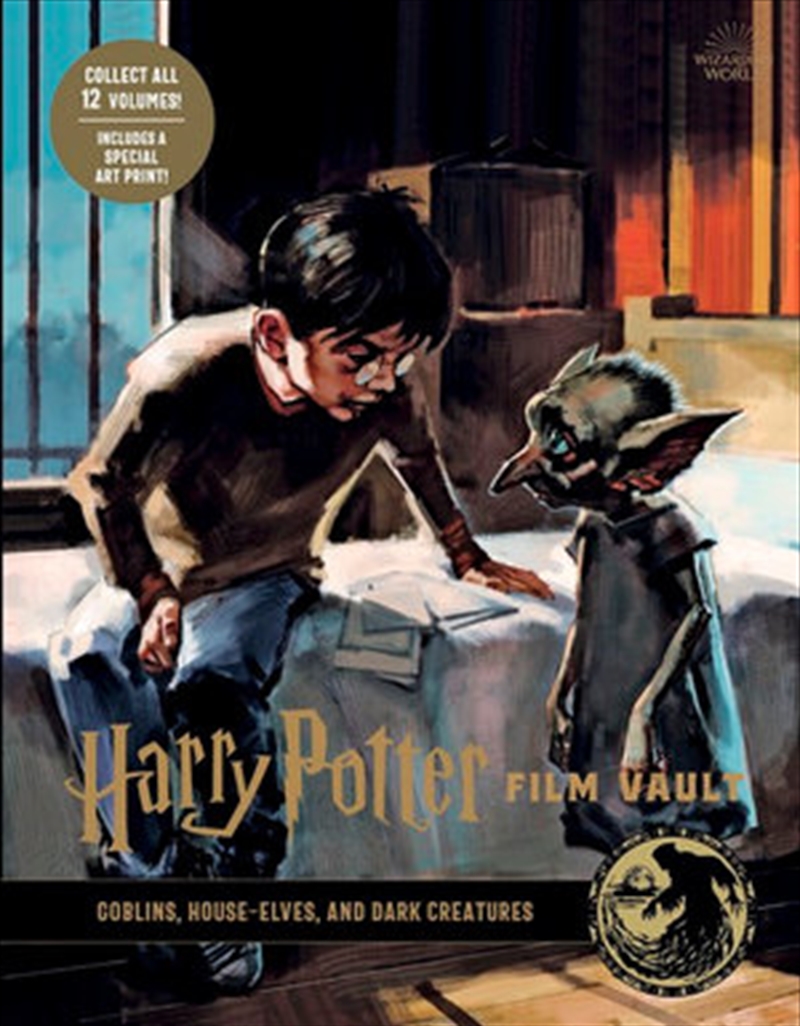 Discover the filmmaking secrets of the goblins, hardworking house-elves, Dementors, and so much more.

The Harry Potter films are packed with creatures by turns fascinating and fearsome, from the goblins of Gringotts to the Dementors of Azkaban. With detailed profiles of each creature that include concept art and behind-the-scenes photography, this volume gives fans an in-depth look at Dark creatures, such as the Basilisk that resides in the Chamber of Secrets, as well as house-elves and other working creatures.

Included in each book is a collectible art print, making this series a must-have for all Harry Potter fans and collectors everywhere.