Legend of Baron To'a, The 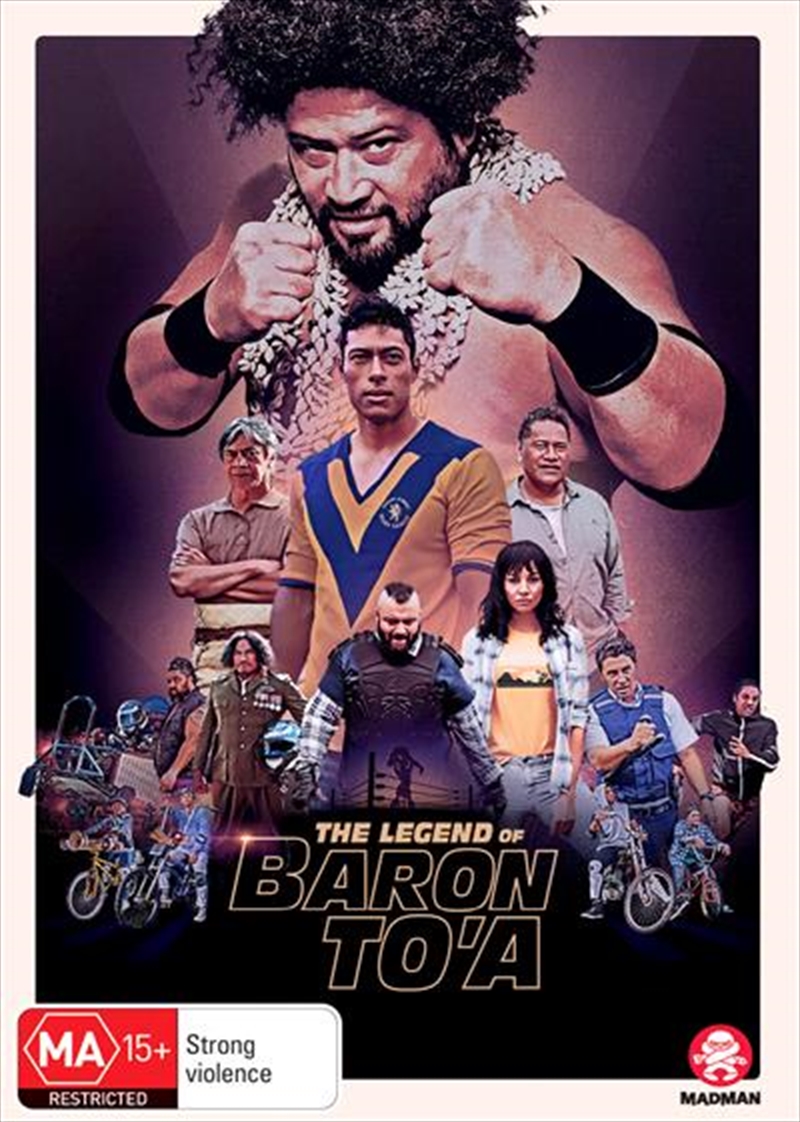 Legend of Baron To'a, The

Every legend has a legacy.

Fritz, a displaced Tongan man, returns to the cul-de-sac of his youth to sell his family home. When a priceless heirloom - a championship wrestling belt belonging to his late father, Baron To'a, - is pillaged from the family home, Fritz's uncle Otto cancels the sale of the house until the belt is returned. A local street thug reveals the belt is now in the possession of resident gang, The Pig Hunters. Fritz determines to get the belt back with higher reasoning. After a run-in with a corrupt cop and a vicious attack from the gang, three patched members invite Fritz to a BBQ to break bread'. The family-oriented BBQ becomes dangerous after dark as Fritz comes face-to-face with gang leader Tahu who has the belt draped over his shoulder. Fritz fails to reason with Tahu and is ruthlessly beaten into the streets. While healing, Fritz realises he must rekindle a lost connection with his father's legacy, proclaiming to Otto that he wants a "shot at the title". After training with Otto, Fritz combines his analytics skills with his father's wrestling techniques to smash his way through the gang and flush out Tahu. An epic no holds barred' title fight ensues but does Fritz truly understand what it takes to become the champion?

Title: Legend of Baron To'a, The