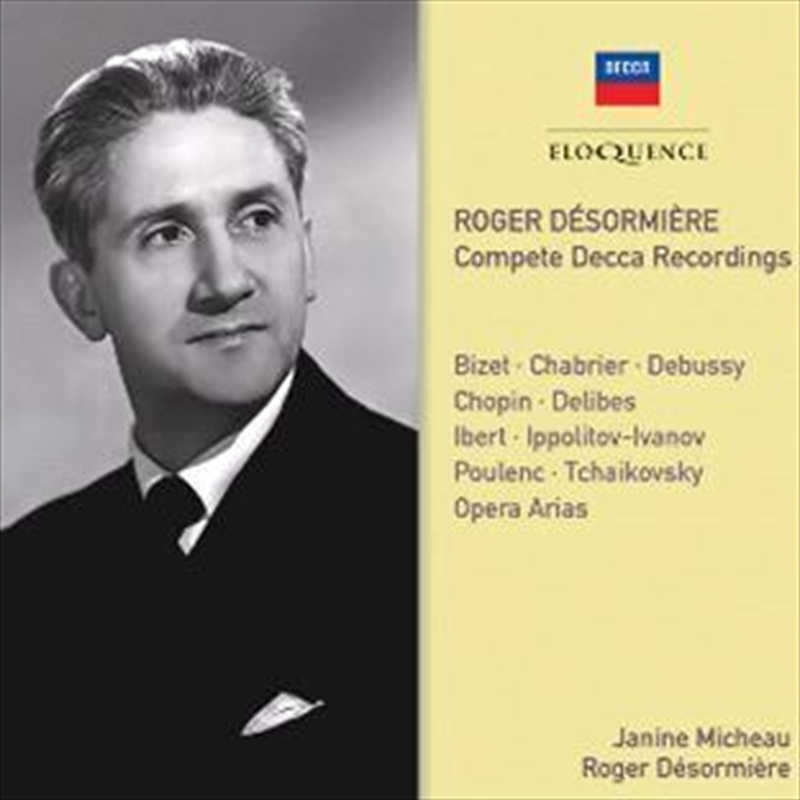 A landmark tribute to Roger Désormière, a great French conductor of the mid-twentieth century, including many recordings new to CD.

A car crash in March 1953 cruelly cut short the career of Roger Désormière, who at the age of 53 had already established a reputation as one of the most insightful French conductors of his or any previous era. The resulting stroke left him barely able to communicate, incapable of work. His pupils, including Pierre Boulez, were distraught, but Désormière clung on for thirteen painful years, eventually dying a broken man.

Désormière's legacy on disc is a case of what might have been. Record companies showed little interest in recording the modern repertoire of which he was so stylish and dedicated an interpreter, at least the equal in this regard of Hans Rosbaud and René Leibowitz. His one indisputable classic of the gramophone is the 1941 HMV recording of Pelléas et Melisande, but he recorded much else for several different labels.

The present set brings together all his Decca recordings for the first time, made in mono between 1947 and 1951, newly remastered and constituting a substantial tribute to a musician of manifold gifts. As a regular conductor of both the Ballets Suédois and the Ballets Russes in Paris, Désormière gave the premieres of Satie's last two ballets; Decca captured his mastery of ballet conducting in suites of Scarlatti, Chopin, Delibes and Tchaikovsky. Of music from his own time there is Poulenc's Les Biches, and the Divertissement of Ibert from 1951 (his final Decca recording), both done with the most refined ear for orchestral texture. His disc of lyric and coloratura arias with Janine Micheau unites him with a singer who, like him, brought a light touch to everything she did.

On a visit to London in May 1947 Désormière undertook his only recording assignment for Decca in the UK, recording in a single day Bizet's Jeux d'enfants and Patrie Overture, Debussy's Marche écossaise and Chabrier's Habanera, in Kingsway Hall, with Sidney Beer's body of freelance players, the National Symphony Orchestra. Every other recording was made with the Paris Conservatoire Orchestra, and each one has a character as Parisian as the Tuileries and the Bateaux-mouches.

'A lovely voice and most accomplished coloratura … The orchestral playing and the recording are both good.' Gramophone, April 1949 (Proch/Thomas)

'Played and recorded as well as they are ever likely to be' High Fidelity, January 1953 (Poulenc, Scarlatti)