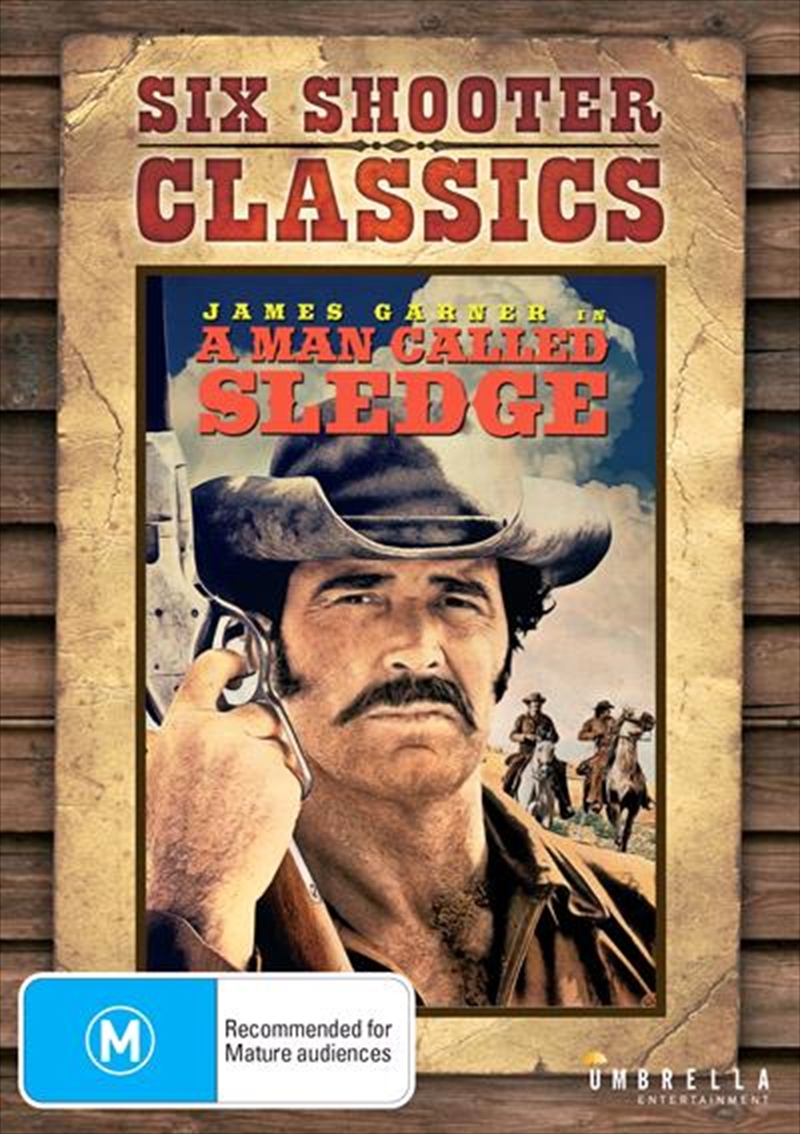 James Garner (TV's "Maverick" and "The Rockford Files"), in a decidedly different change-of-pace role, is a ruthless outlaw who leads his gang of thieves in search of a fortune in gold in this explosive western adventure. Sledge (Garner) learns of a gold cache stored in a prison fortress and gathers his gang to pursue the loot. Against a backdrop of double crosses, dirty dealings and revenge, their gold lust end in a hail of bullets, two-fisted action and cold-blooded murder. An offbeat spaghetti western in the tradition of Sam Peckinpah, A MAN CALLED SLEDGE was directed and co-written by famed screen heavy, actor Vic Morrow.