Man From The Diners Club, The 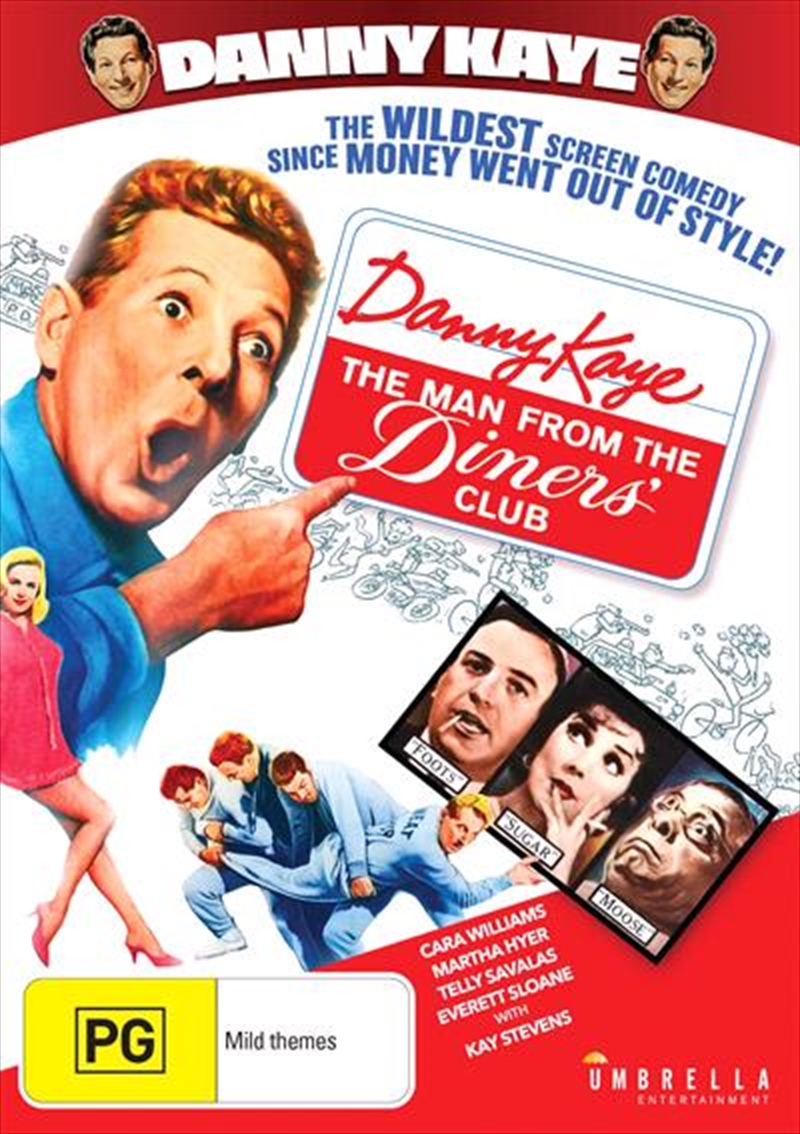 Man From The Diners Club, The

The wildest screen comedy of the year!

Danny Kaye stars as a timid clerk at Diner's Club who accidently approves an application from a gangster, played to the hilt by Telly Savalas. This slapstick farce, written by William Peter Blatty (The Exorcist) co-stars Everett Sloane, Martha Hyer, George Kennedy and in an early role, Harry Dean Stanton.

Review of The Man From The Diner's Club by Christopher Pattison

I always find it hard to find a comedy film that I enjoy. It is a genre that I find hard to get into. Don’t get me wrong, I love to laugh, but making me laugh, well that’s another thing. I have found that 1960’s and 1970’s era comedies hit that spot for me as I have been having a great time going back and reliving some of these classic films. ‘The Man from The Diner’s Club’ stars Danny Kaye as a timid clerk as a ‘Diner’s Club’ who accidentally approves an application from a gangster (played by Telly Salvalas). This film has the comedic stylings of one Danny Kaye paired with the writing from the wonderful William Peter Blatty (The Exorcist author), this one is an utter delight.
Yet another gem from ‘Umbrella Entertainment’, this is a well-written, well-crafted comedy from the 1960’s. Whilst it is utterly absurd in its presence, its over-the-top, presentation and Danny Kaye’s performance really do add to the film. It really does hit the spot, whilst comedy is subjective, I do believe that this film will please comedy genre fans and those after a light-hearted watch. It is great to see films from this era, receive this treatment from Umbrella Entertainment, so we can relive classics from this bygone era of cinema. The films supporting cast are all top-notch as well, with the likes of Everett Sloane, Martha Hyer, the great Geroge Kennedy and the master Harry Dean Stanton. This is one of the best ensemble casts of the 1960’s. Telly Salvalas is chewing the scenery in every scene he appears on screen. He is over-the-top, hammy and he just absolutely nails it.
‘The Man From The Diner’s Club’, may not be everybody's cup of tea, but I found myself laughing and smiling the whole time. This was an utter delight from Umbrella Entertainment. I am giving this one a 7/10. This film is worth the watch even if you aren’t a fan of this period of Hollywood, if you just want a quiet watch, then this is the one for you. Pick up your copy on DVD from Sanity today!
Chris has written this movie review for Sanity. See more from Chris here

Title: Man From The Diners Club, The