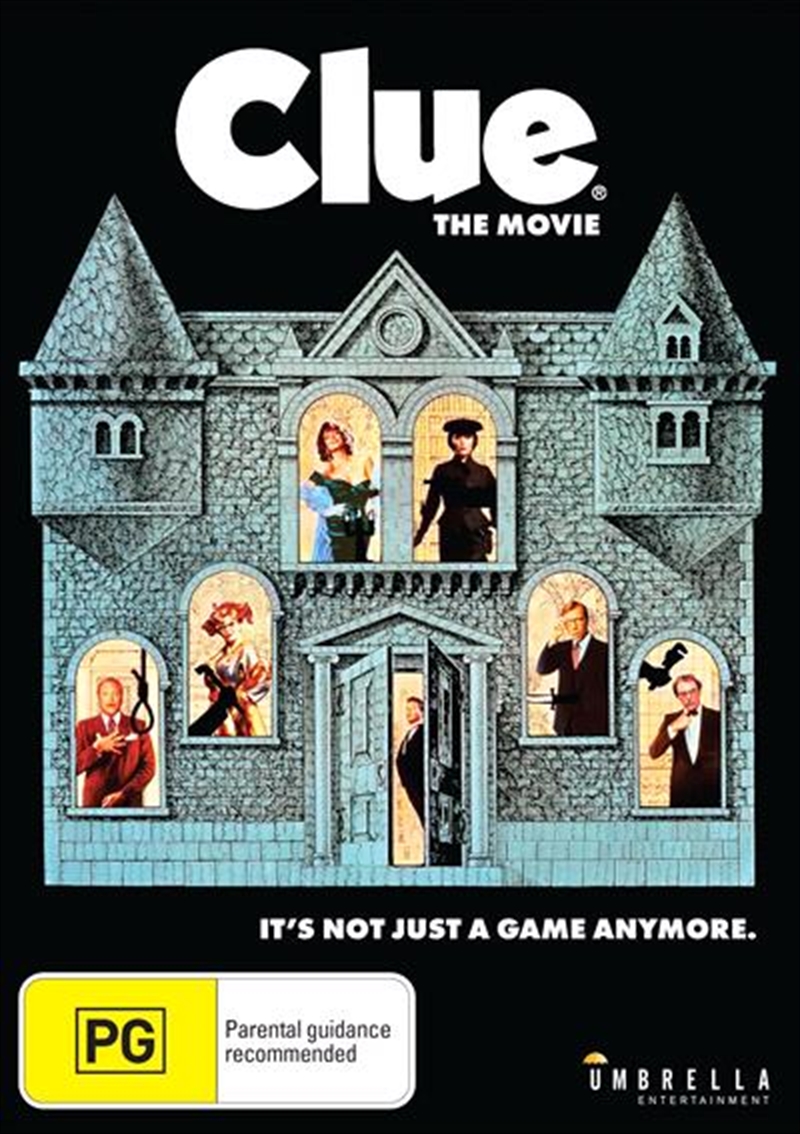 It's Not Just A Game Anymore.

Six guests are anonymously invited to a strange mansion for dinner, but after their host is killed, they must cooperate with the staff to identify the murderer as the bodies pile up.

Review of Clue by Peter Walkden

Based on the well-known board game, six strangers come together to meet at a mysterious mansion. The head butler of the home, Wadsworth (played by Tim Curry), reveals to the six strangers that they all have something in common. His boss has been blackmailing all 6 of them for some time now and wishes to have a further discussion.
To top it off, throughout the night, the guests discover there is a murderer among them. But which one out of the six guests could it be?
Professor Plum? Mrs White? Miss. Scarlet? Mr Green? Colonel Mustard? Mrs Peacock?
Although this is a murder mystery, the film is also a comedy. The film is overloaded with witty, snappy dialogue and super corny jokes (80’s style). The biggest stand out as an actor is Tim Curry. He is full of energy and delivers a fun performance (not to mention stealing the show), during the film’s third act and the final reveal of how the murders took place. The film’s musical soundtrack is also fun as it tries to be spooky and scary. I also must comment on how excellent the mansion and set design looks for this film.
As a murder mystery, the film is rather honest regarding its clues. When re-watching the film, if you pay close attention, you can work it all out before the final reveal. However, as a fun fact for movie buffs, this film features three different endings. When making the film, three conclusions were shot, and when it went into cinemas back in 1995, one of the three different findings were shown at each theatre. Which means if your friend went to see the same film, the chances are they saw a different ending to what you saw (“Ending A”, “Ending B”, or “Ending C”). Thankfully the three conclusions are all now included no matter how you watch the film today. In my opinion, ending C is the right and final ending for the movie.
Overall, Clue succeeds in bringing the well-known classic board game to the screen. With quirky, witty, and fun dialogue, and a film that contains super random characters, this “Who done it” is lots of fun and should not be taken too seriously. Actor Tim Curry steals the show with his energetic performance which will never be forgotten.
Peter has written this movie review for Sanity. See more from Peter here

Review of Clue by Christopher Pattison

Very rarely does an adaptation of a game pay off, we have seen many misses whether it be video game or board game, the tone, the fun and the strategy is rarely captured. 1985’s ‘Clue’ is a rare exception. This film whilst upon its initial release, it was initially panned, it has now become a cult classic for all the right reasons. Directed by Jonathan Lyn, written by the talented John Landis ('An American Werewolf In London'), and starring Christopher Lloyd, Tim Curry and Lesley Ann Warner among others. ‘Clue’ is a feature-length adaptation of the popular board game ‘Cluedo’, which follows six guests who are invited to dinner in a mysterious mansion, by an unknown host. But after their mysterious host is killed, they have to identify the murderer before more bodies pile up. With a fun whodunit premise and a talented cast, how does 1985’s ‘Clue’, hold up today?
‘Clue’ is a fun, light-hearted mystery with great comedic timing and a fun and mysterious setting and premise. Whilst the film is filled with cheese and over-the-top performances, it does a great job balancing these tones with a fun mystery that is reminiscent of 1940’s and 1950’s whodunit thrillers as well. The performances are a lot of fun with Tim Curry proving to be the most enjoyable as Wadsworth. He exudes charisma and is the most memorable performer from the film. He is one of the best character actors all-time for a reason. The mansion setting is a lot of fun as well, with such a tight-knit group of characters and a small, condensed setting, the film really does a great job of capturing the essence of the board game, whilst also taking liberties where it needs to, to keep the story flowing. The mansion itself acts as its own character. The setting is so iconic at this point, as the board game is of course one of the most infamous of all time, but here the mansion really does feel like its own character with large rooms, beautiful décor and set design and a mysterious and at times unsettling atmosphere. The costume design is fantastic as well, as it feels like the character cards from the board game have come to life. Aesthetically all of these elements are brilliant, but does the film hold up?
I think ‘Clue’ holds up exceptionally well, this new 4K Blu-Ray scan is the best that the film has ever looked (thanks to Umbrella Entertainment for bringing this release out)! The film grain is still there, but this adds to the aesthetic of the film, making it feel like a product of its time, adding to the sense of nostalgia. There are fantastic alternate endings as well, where a different culprit is the murderer as well, these sequences played at different cinemas across the United States upon its initial release in 1985, however, ever since then in Australia, these have not been available for our viewing until now, you can watch the infamous Alternate endings on this Blu-Ray which is a nice touch and a great for fans and collectors. This is a great Blu-Ray and a great release from Umbrella Entertainment, it is a must-have for collectors!
‘Clue’ is a fun and at times suspenseful whodunit comedy/thriller that still holds up remarkably well to this day. With a fun cast, well realised costuming and set design, the film is able to balance its own story whilst also remaining a faithful adaptation to its beloved source material. ‘Clue’ is a blast and has never looked better than this Blu-Ray release from Umbrella Entertainment and is a must-have for movie collectors, young and old! I am giving this one an 8/10. Pick up this one on Blu-Ray today!
Chris has written this movie review for Sanity. See more from Chris here