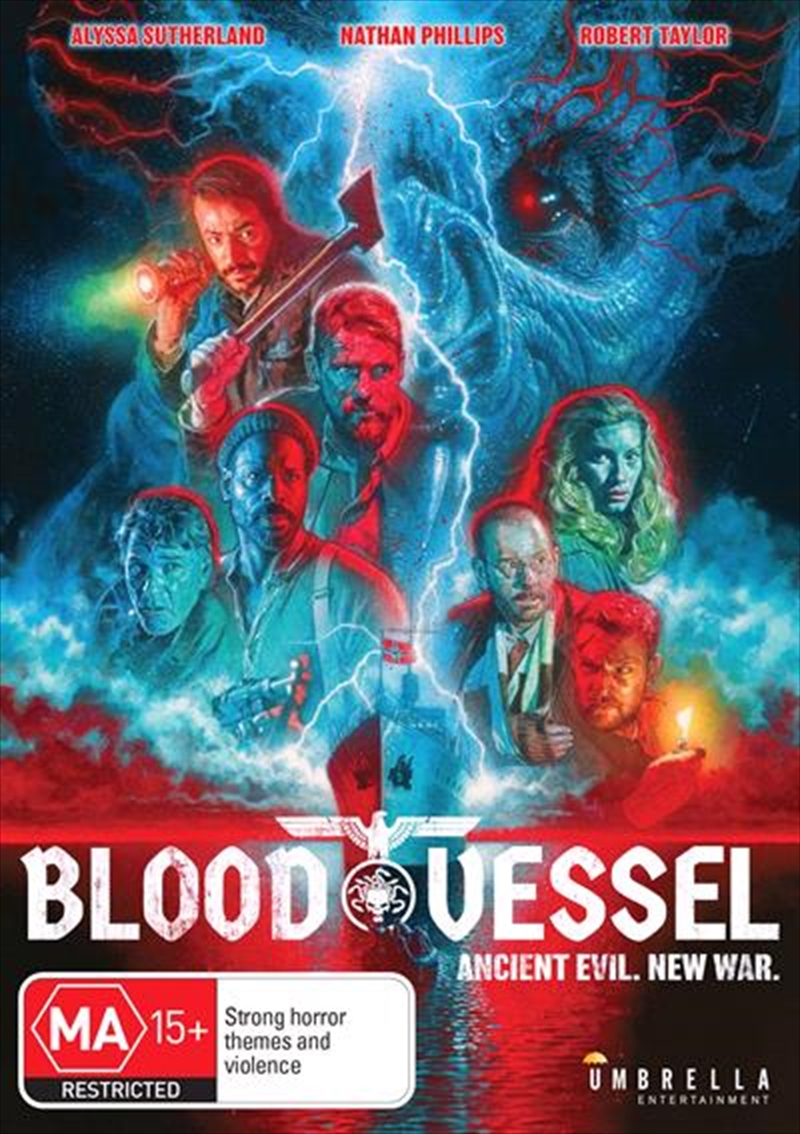 SEE MORE IN:
4 for $50 DVD, Blu-ray & More
DESCRIPTION
By the end of 1945 the Nazis had all but surrendered. Great caches of stolen artwork, artefacts and new technologies were liberated by the Allied Forces as the Nazis fled with this plunder by land, air and sea...A lift raft adrift at sea, and in it, six survivors of a torpedoed hospital ship: a nurse, an American Captain, an Australian infantryman, a US Navy cook, an English Officer and a Russian foot soldier. With no food, water, or shelter, all seems lost until an abandoned German minesweeper drifts ominously towards them through the fog, giving them one last chance at survival.As our motley crew explores the ship, it becomes all too clear that some diabolical fate has befallen its German crew. The mystery only deepens when they encounter a young Romanian girl, apparently the sole survivor, who leads them to a locked storage room in the bowels of the vessel. Inside, a frantic German sailor and a haul of Nazi treasure, including the ancient sarcophagi of two long-dead vampires.After a sudden and fatal confrontation, our ragtag group of heroes are faced with an all-new threat, forced into action against a supernatural reckoning older and deadlier even than the war they thought they were escaping.
TRAILER
DETAILS