Standoff At Sparrow Creek, The 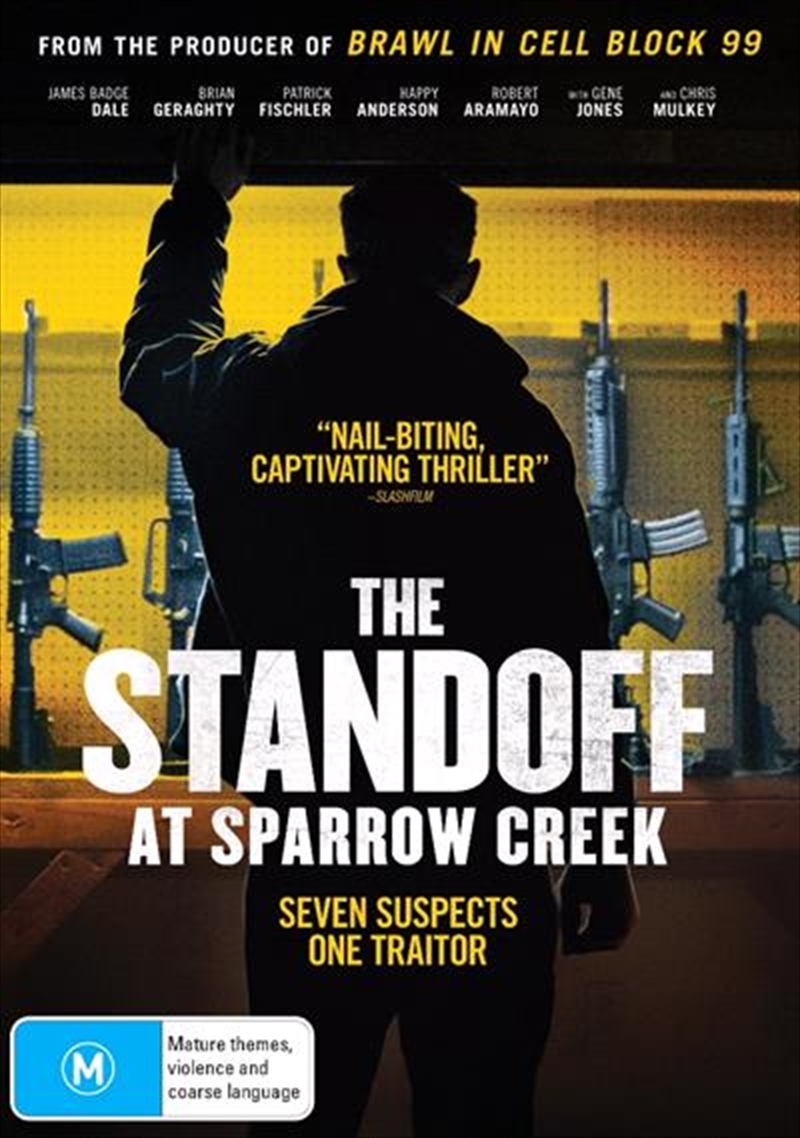 Standoff At Sparrow Creek, The

The Standoff At Sparrow Creek DVD

After a mass shooting at a police funeral, reclusive ex-cop Gannon finds himself unwittingly forced out of retirement when he realizes that the killer belongs to the same militia he joined after quitting the force. Understanding that the shooting could set off a chain reaction of copycat violence across the country, Gannon quarantines his fellow militiamen in the remote lumber mill they call their headquarters. There, he sets about a series of grueling interrogations, intent on ferreting out the killer and turning him over to the authorities to prevent further bloodshed.

Review of Standoff At Sparrow Creek by Peter Walkden

Gannon (James Badge Dale) is a former cop-turned-militia man. After Gannon spends an afternoon hunting, he soon hears gunfire and explosions nearby. He then receives a phone call telling him to meet up with his fellow crew at a nearby warehouse. It’s revealed during the meet up that a militia-man visited a police funeral and shot many people. As the group of men decide to pack up their gear and move on, they begin to discover items such as guns have disappeared from the vault and team lockers. It becomes evident that someone in this crew did the crime, and one of them is a traitor. But which one out of the seven suspects did the crime? Based on his experience, it’s now up to Gannon to question the suspects and use his profiling skills to figure out who is a liar and a traitor.
The Standoff At Sparrow Creek is simply a slow-burn thriller. This film has a plot and pace which traditionally reminds me of previous thrillers such as “The Usual Suspects” (199)5 & “Basic” (2003) in which a mystery is introduced, and one man must interrogate to find the truth. The film has several characters who unfortunately have rushed introduction. Still, the film then gives the audience more information on the side characters as the film progress. The film does introduce us correctly to its lead which was positive to see. The performance of the character Gannon, played by James Badge Dale, was a great element to the film.
The film itself is rather dark because the film takes place throughout one night and the characters are in a warehouse. But it is evident that a dark setting is a perfect match for such a dark mystery. Despite the darkness, there is also an excellent use of lighting which I enjoyed seeing. At certain moments characters are somewhat hidden in the darkness, or we see the light only shining on certain areas of an actor’s face, making the style rather fun and yet creative.
It should also be noted that this film has been completed by a first-time director, Henry Dunham. I must say for his first official feature-length film it is rather impressive and I found myself feeling rather appreciative for this thriller which does carry some new and refreshing elements to it.
Overall, The Standoff At Sparrow Creek is a solid thriller. The film has a solid setup, unexpected twist ending, great performances, and I enjoyed the film’s dark style. Considering this is a directional debut by Henry Dunham, it is a great beginning to what I believe will be an impressive career for him. I strongly suggest movie lovers who are seeking an exciting mystery check this one out soon.
Peter has written this movie review for Sanity. See more from Peter here

Title: Standoff At Sparrow Creek, The