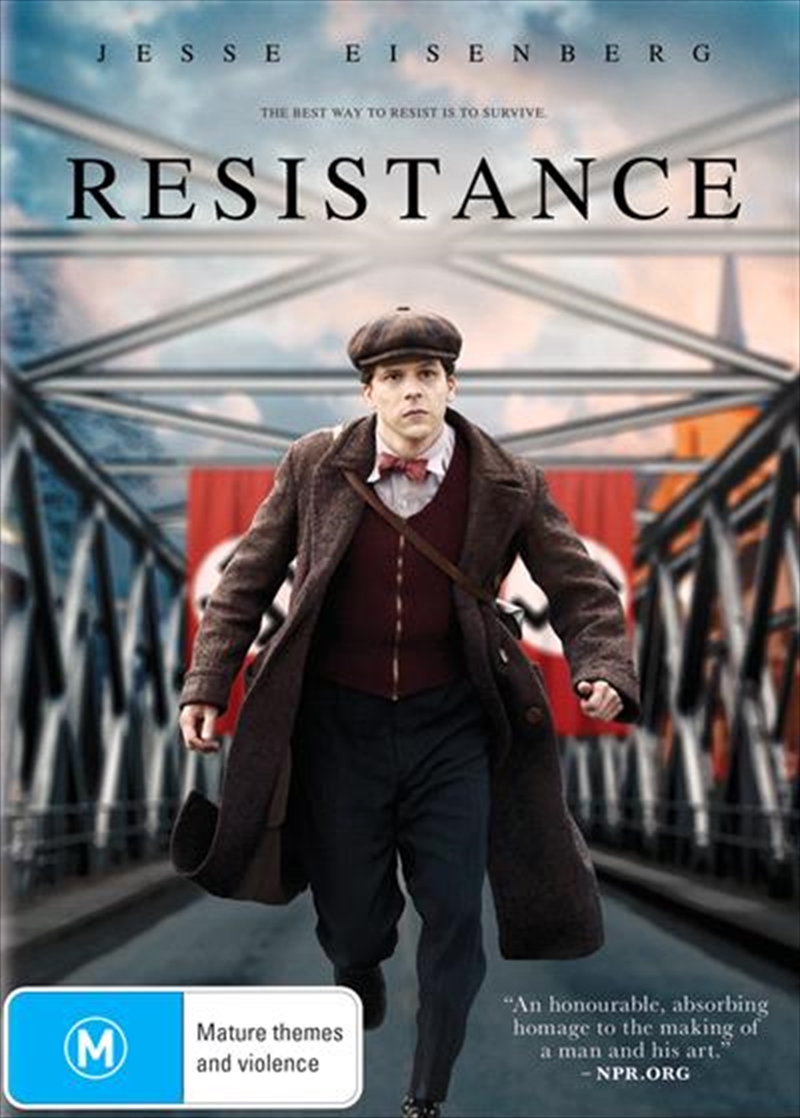 He saved their lives in silence

The story of a group of Jewish Boy Scouts who worked with the French Resistance to save the lives of ten thousand orphans during World War II.

Review of Resistance by Peter Walkden

Marcel Marceau (Jessie Eisenberg) is a Jewish man who is passionate for the performing arts (especially mime). When he is not performing on stage, he works with his father at a local butcher shop. His father does not like the idea of Marcel pursuing a career in the arts and prefers he invest his time and energy into something that will allow him to earn more and be more successful.
Marcel receives an invitation from his older brother to assist with the arrival of Jewish orphans being transported from Nazi Germany. At first, Marcel tries to be supportive, trying to help teach and train the children on how to best survive, but Marcel also manages to bring a smile to their faces thanks to his performing arts skills. But it is not long until Marcel decides to join the French Resistance to save many more from the hands of the Nazis.
Personally, I was not familiar with Marcel Marceau and the history surrounding him with the war. After being made aware of this film, I was very curious to learn more. Not only that, I felt this type of role would be very different for actor Jessie Eisenberg.
Resistance as a film is not just focused on Marcel Marceau and how he became famous for miming. This film, in fact, focuses on many characters as well as telling events that occurred within WWII itself. There are moments where the film will follow various characters, allowing us to see experiences from their perspective. This meant that there were times when I felt as if Marcel had been off-screen for some time. The film’s visuals for most of its duration are quite a dark which is to be expected being a WWII story based on true events.
Overall, Resistance tells a significant story involving Marcel Marceau. Lovers of war and history will generally take pleasure in seeing this film. It was also a delight to see Jessie Eisenberg take on a new type of role, unlike anything we have seen before.
Peter has written this movie review for Sanity. See more from Peter here