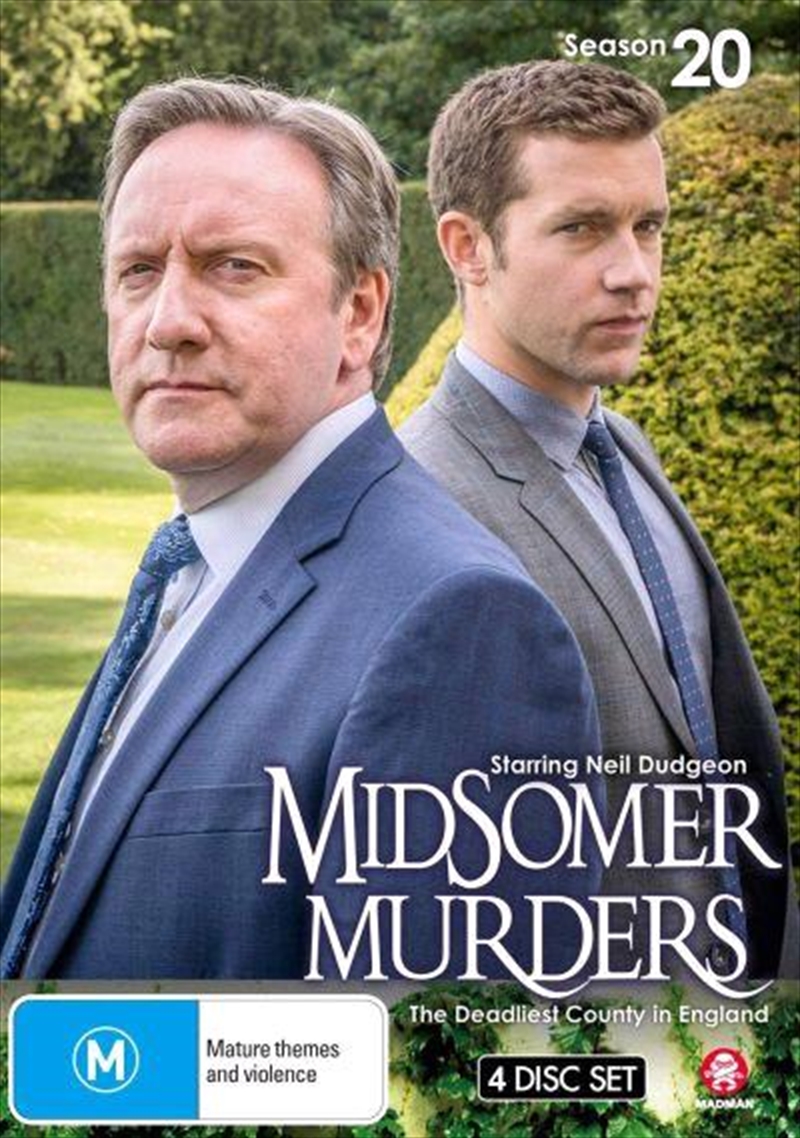 In the villages of Midsomer there are strange murders to solve, new clues to examine and scores of suspects to suspect as D.C.I. John Barnaby (Neil Dudgeon) is joined by newcomer DS Jamie Winter (Nick Hendrix) to investigate a fresh collection of cases. Part 1 contains the first three episodes of Season 20: The Ghost of Causton Abbey, Death of the Small Coppers and Drawing Dead. Part 2 contains the final three episodes of Season 20: The Lions of Causton, Till Death Do Us Part and Send in the Clowns.
DETAILS