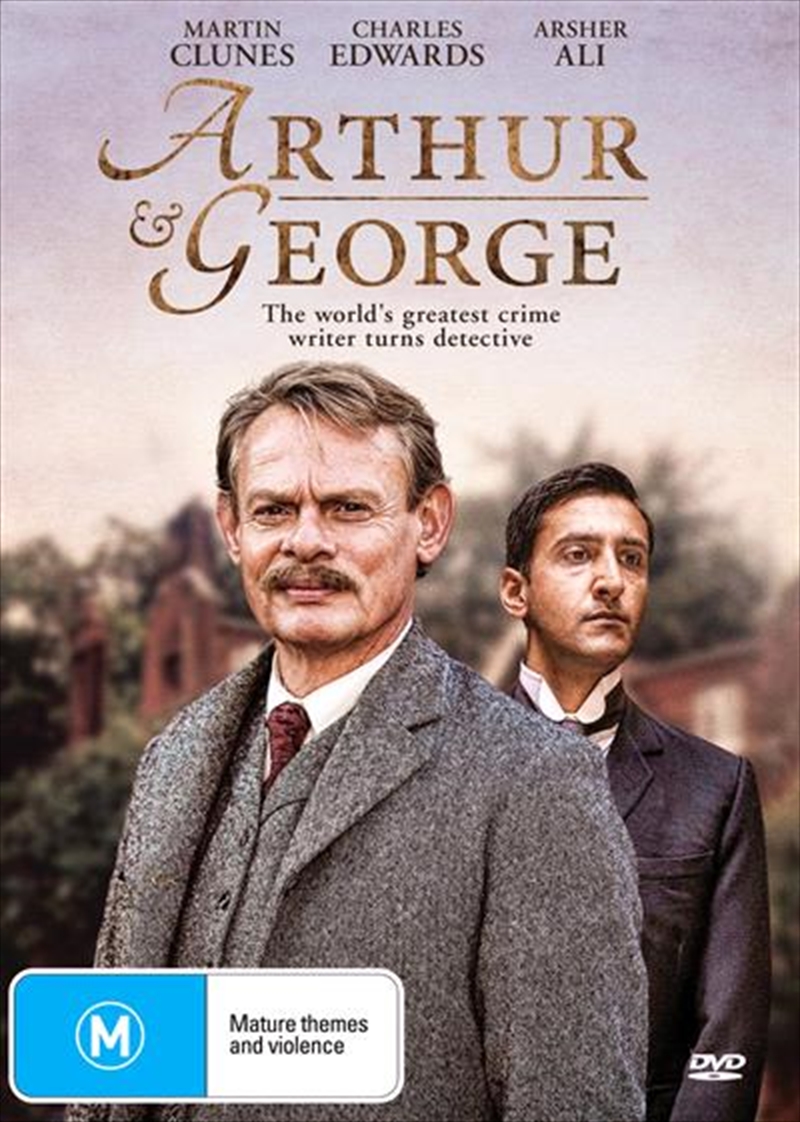 SEE MORE IN:
2 For $40 Movies All 2 for $40
DESCRIPTION
The world's greatest crime writer turns detective

Heartbroken following the death of his wife, Sir Arthur Conan Doyle, creator of Sherlock Holmes, the world's greatest detective, cannot bring himself to write. When he hears of The Great Wyrley Outrages, Arthur becomes obsessed with solving what he sees as a genuine miscarriage of justice when a indian called George Edaliji was imprisoned for killing livestock. Sir Arthur sets out to prove that racism and corruption led to the wrong man being convicted, but he soon starts to suspect he is being fed lies. Adapted from a novel by celebrated author Julian Barnes and based on real events, Arthur and George has both the finest classic crime fiction and the appeal of a true historical mystery.
TRAILER
DETAILS