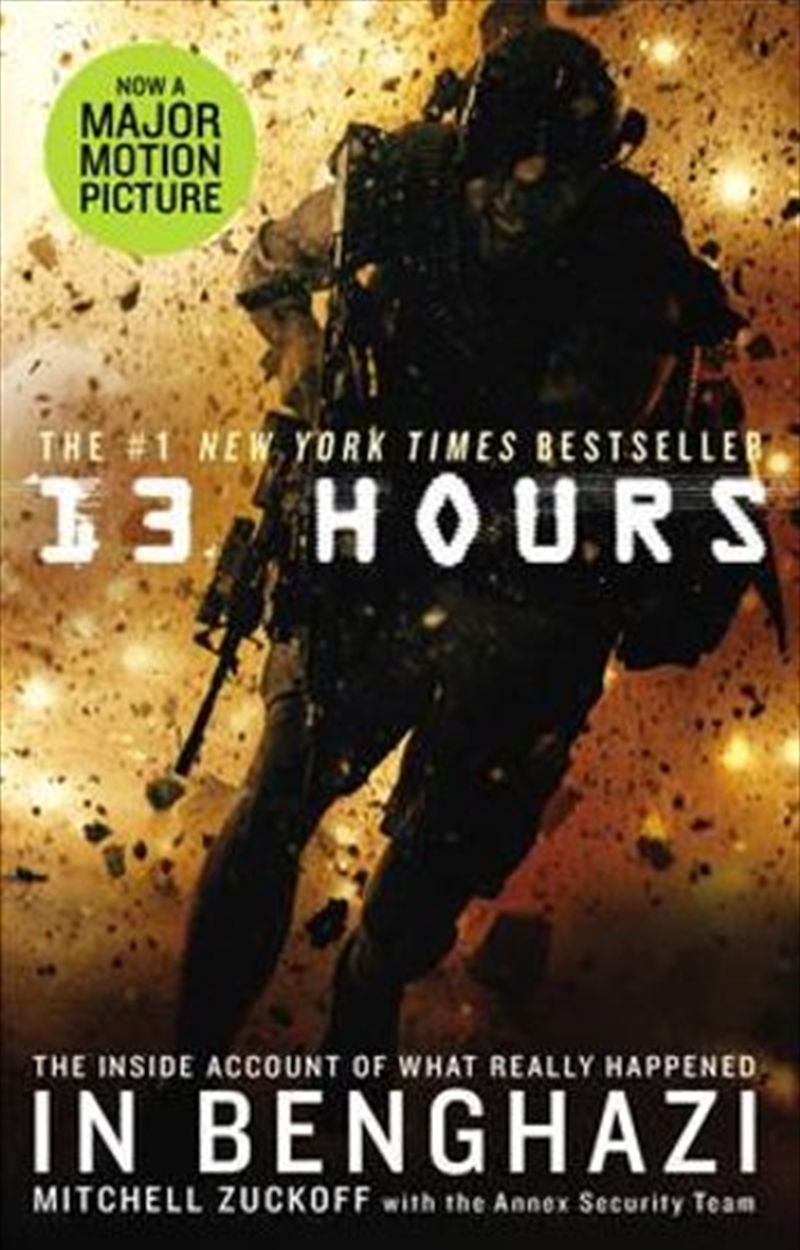 Shipping - See delivery options.
Postcode:
Quantity:
SEE MORE IN:
Book To Screen Adaptations 13 Hours
13 HOURS is the true account of the events of 11 September 2012, when terrorists attacked a US State Compound and a nearby CIA station in Libya, one of the most dangerous corners of the globe. On that fateful day, a team of six American security operators stationed in Benghazi fought to repel mounting enemy forces and escalating firepower, to protect the Americans stationed there, including the US Ambassador to Libya Christopher Stevens. Going beyond the call of duty, the team ignored orders to stand down and instead choked back smoke, fought wave after wave of machine-gun fire and retook the Compound, averting tragedy on a much larger scale - although four Americans would not make it out alive.

Recounting the 13 hours of the now infamous attack, this personal account is both blistering and compelling, and sets the story straight about what really happened on the ground, in the streets and on the rooftops.