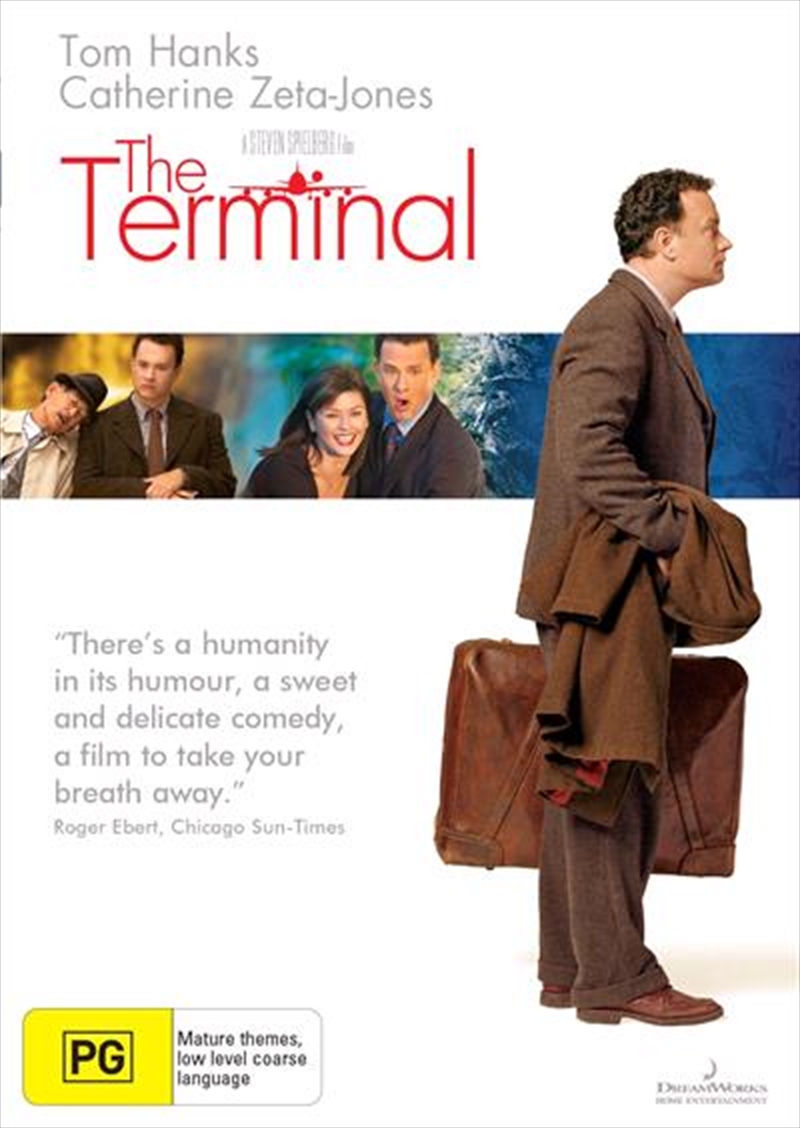 An Eastern European tourist unexpectedly finds himself stranded in JFK airport, and must take up temporary residence there. Viktor Navorski (Tom Hanks), a man from an Eastern European country arrives in New York but after he left his country; war broke out and because of that Navorski is a man without a country that the U.S. can recognize, thus he is denied entrance to the U.S. However, he also can't be deported so he is told by the Security Manager that he has to remain in the airport until his status can be fixed. And also Navorski doesn't speak English well, so noone can talk to him and he can't talk to anyone. But he somehow adapts and sets up residence in the airport, which makes the man who placed him there unhappy cause, it seems he is line for a promotion but Navroski's presence might complicate that. So he tries to get Navorski to leave but Navorski remains where he is. Navorski makes friends with some of the people who work in the airport and is attracted to flight attendant Amelia Warren (Catherine Zeta-Jones) he runs into whenever she comes in.
TRAILER
DETAILS