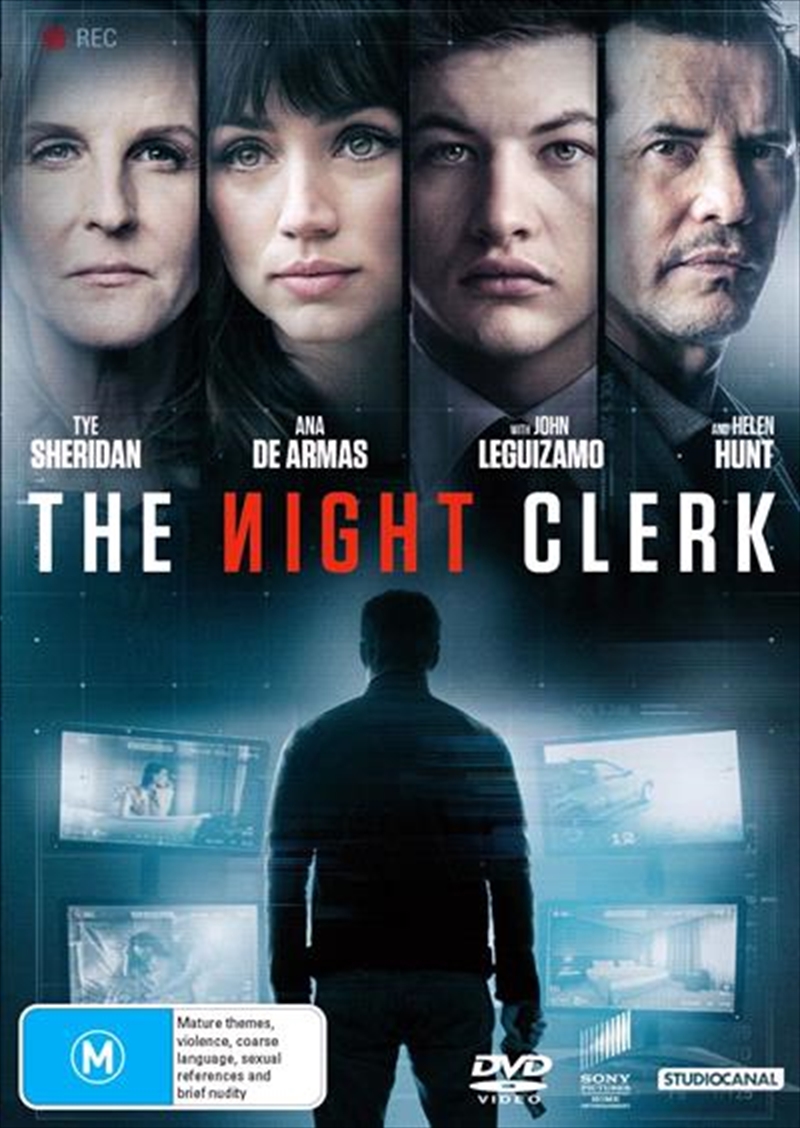 Voyeuristic hotel clerk becomes the subject of a murder investigation. Hotel night clerk Bart Bromley is a highly intelligent young man on the Autism spectrum. When a woman is murdered during his shift, Bart becomes the prime suspect. As the police investigation closes in, Bart makes a personal connection with a beautiful guest named Andrea, but soon realises he must stop the real murderer before she becomes the next victim.

Review of The Night Clerk by Christopher Pattison

In 2020, whilst we have not received as many releases due to the COVID-19 pandemic, the thriller genre has really been quite prominent and has given us some great films with the promise of more to come (Unhinged, Forces of Nature and You Should Have Left all yet to release). ‘The Night Clerk’ continues this trend. ‘The Night Clerk’, follows hotel clerk Bart Bromley (played by Tye Sheridan) who becomes the subject of a murder investigation. Michael Cristofer directs, who has not directed a feature film since ‘Original Sin’ starring Angelina Jolie in 2001. The film also stars Ana De Armas, hot off her star-making turn in 2019’s ‘Knives Out’, Helen Hunt and John Leguizamo. With an impressive cast and a talented filmmaker at the helm, ‘The Night Clerk’ showed great promise, so how was ‘The Night Clerk’?
Whilst restricted due to budgetary limitations, ‘The Night Clerk’ manages to amp up the tension and create a brooding atmosphere from very little. Tye Sheridan shines here as ‘the Night Clerk’, he is endlessly likeable adding a little levity to the role and also some dark humour as well. He has continually proven himself in roles in the ‘X-Men’ films, ‘Joe’ and ‘Mud’ (a personal favourite of mine). The supporting cast are all great as well, Ana De Armas continues to prove herself as a talented actress adding another strong performance to her already impressive acting resume. Helen Hunt has shown up now in two recent thrillers I have enjoyed (‘I See You’), she is really enjoyable here as well, she adds gravitas to the role and really elevates many sequences in the film. ‘The Night Clerk’ manages to balance different tones with a dark comedic aspect which is balanced with dark ominous tones as well. I think director Michael Cristofer does a great job balancing these tones, which is no easy feat. I admire the way the film does play out, whilst it does not always play out the way I wanted it to, I appreciate the different tones and story elements present in the film.
Whilst ‘The Night Clerk’ does not always land, the film still provides an interesting plot, with a thrilling mystery and a talented cast. For those starved for new entertainment, this may satisfy you. Pick up ‘The Night Clerk’ on DVD today!
Chris has written this movie review for Sanity. See more from Chris here