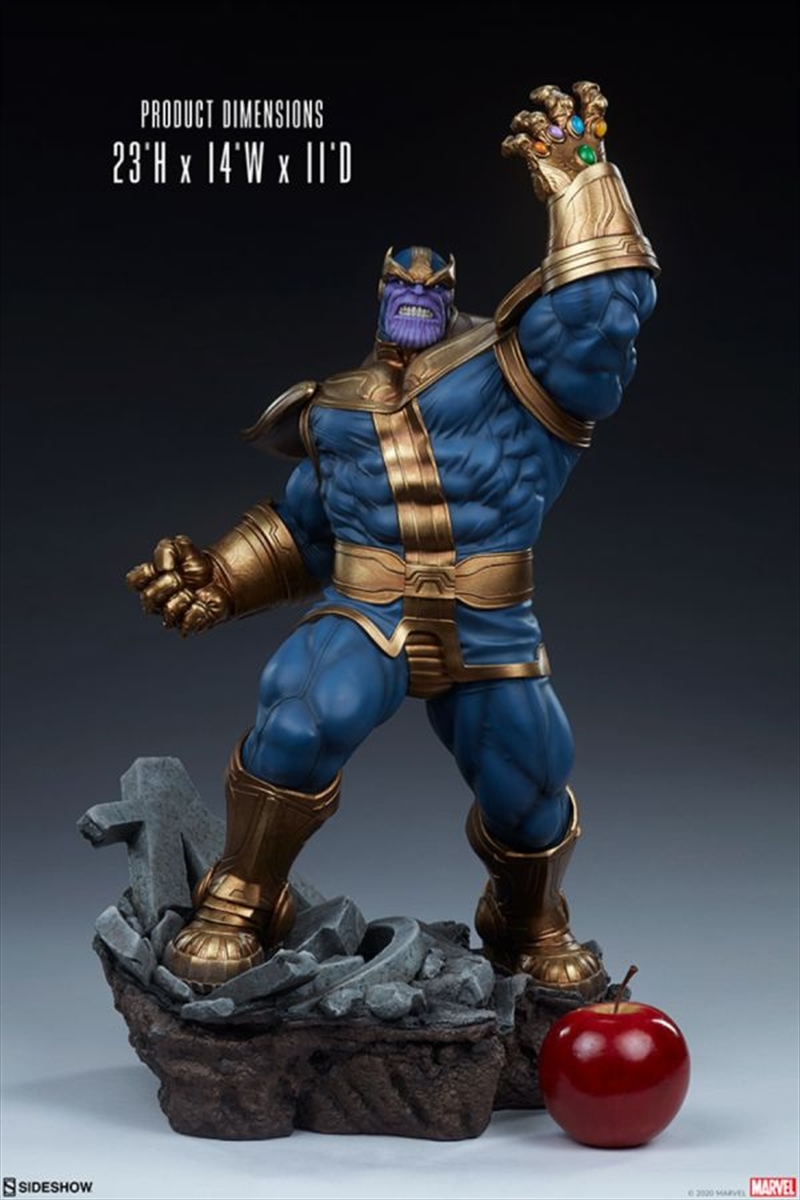 "In the end, as always, Thanos will stand triumphant."

Inspired by some of Marvel’s most iconic comic book characters, the 1:5 scale Avengers Assemble collection captures the colorful and battle-ready styles of Earth’s Mightiest heroes- and now, their greatest foe!

The polyresin Thanos (Modern Version) Statue measures 23” tall, as the Mad Titan stands triumphantly atop the wreckage of Avengers Tower. Inspired by his modern comic book appearance, Thanos wears a fully sculpted dark blue bodysuit with detailed metallic gold armor. Wielding the mighty Infinity Gauntlet, which includes a light-up feature for the Infinity Stones, this nigh-unstoppable villain will prove that Earth’s Mightiest Heroes are no match for the ultimate cosmic overlord.

The Thanos (Modern Version) Statue also includes two purple portraits of the deviant Eternal, one featuring a wicked grin as he gazes up at his powerful gauntlet, the other with a grimace as he looks forward at his incoming foes. Pair Thanos with the heroes of the Avengers Assemble collection, including Captain America, Iron Man, Black Widow, and the Hulk to create an epic battle scene in your universe of Marvel Collectibles.

When the dust settles, who will remain standing? Come and get the Thanos (Modern Version) Statue for your Marvel collection today!