Hell Will Come For Us All 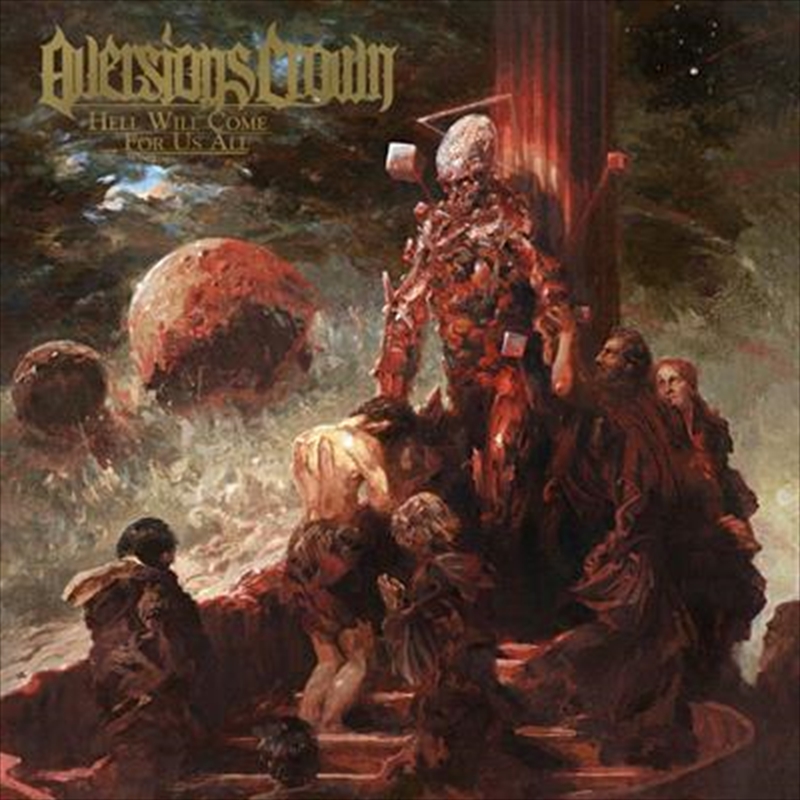 Aversions Crown Hell Will Come For Us All CD

Emerging in 2010 amidst a sea of blackened deathcore, Australia's Aversions Crown separated themselves from the rest with their visceral sense of the genre.

Coming equipped with a variety of vocal patterns and brutal 8-string guitar work, their technically onerous sound has developed and become increasingly unique over time.
Evolving through member changes, the band has finalized its superior line-up in the wake of their upcoming album "Hell Will Come For Us All", via Nuclear Blast Records. Preceded by "Servitude" (2011), "Tyrant" (2014), and "Xenocide" (2017), "Hell Will Come For Us All" is substantially more aggressive and clearly structured in its delivery.

Carrying an augmented aggression throughout all nine songs, a fresh vocal style vibrates fiercely across the entire album, the bone crushing vocals performed by new vocalist Mr. Tyler Miller of Knoxville Tennessee. While catchy and aggressive, Miller brings a much more relatable element to the band through the use of clear pronunciation and lyric placement, and while equally interested in science fiction, expands the scope of the band to now tackle real-world current events with feverish animosity.

Title: Hell Will Come For Us All

2. Born In The Gutter

4. Caught In The System

5. Hell Will Come For Us All