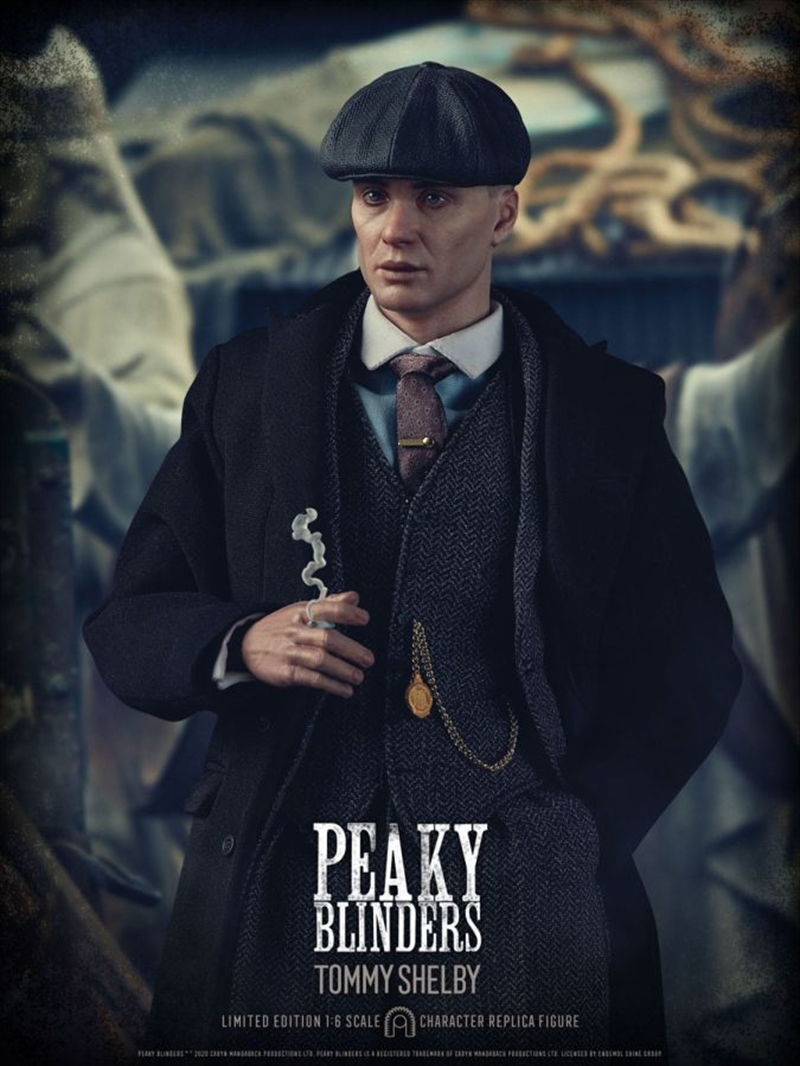 Thomas Michael Shelby is the leader of the Birmingham criminal gang, the Peaky Blinders and the patriarch of the Shelby Family. After serving in World War I with the rank of Sergeant Major, Tommy was decorated for bravery. His experiences during the War left him disillusioned and plagued by ongoing nightmares. Determined to move his family up in the world, Thomas Shelby became a Member of Parliament as a socialist politician while lending the chair of the illegal business to his older brother, Arthur. Criminal entrepreneur, legitimate bookmaker, captain of industry, and now member of parliament, Tommy Shelby’s rise through British society has been astronomic.

BIG Chief Studios in association with Endemol Shine under license from Caryn Mandabach Productions are proud to bring you the first in a series of collectable figures from the award-winning Peaky Blinders series. Outfitted in a stunning hand-tailored costume, Tommy Shelby comes breathtakingly to life from under the shadow of the peak of his trademark cap. Join the gang today by order of the Peaky Blinders.