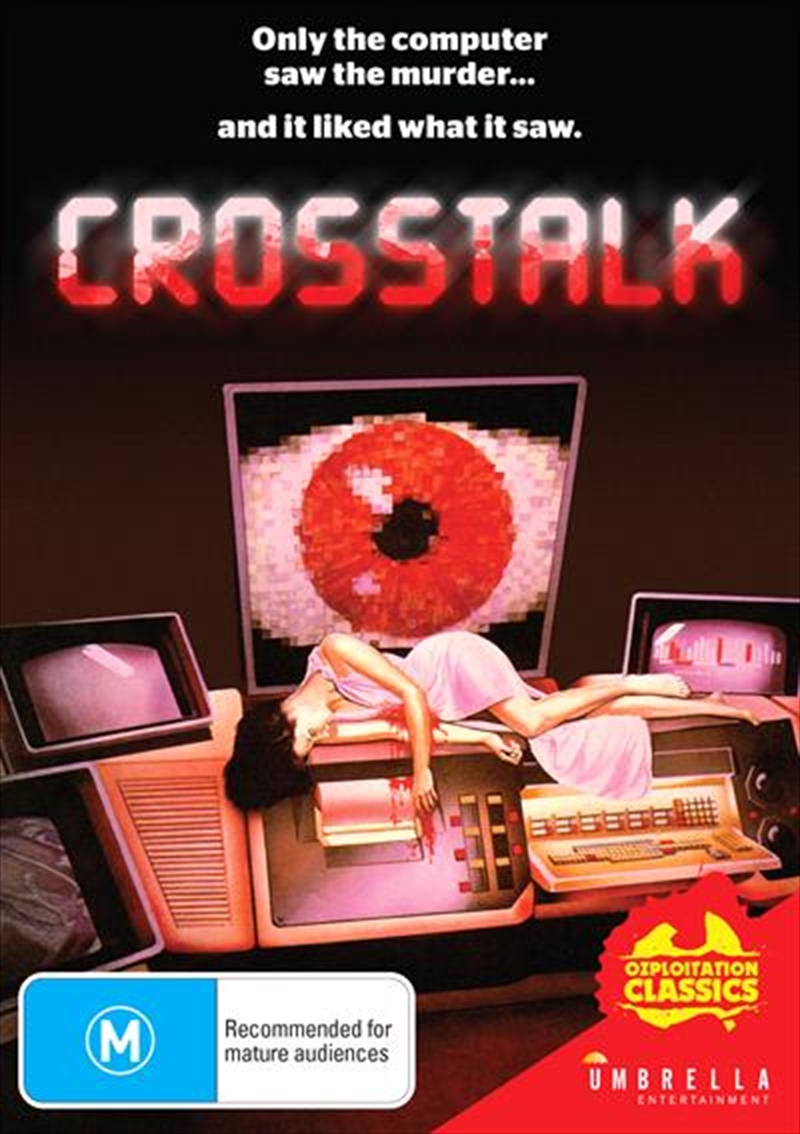 Only the computer saw the murder... and it liked what it saw.

Gary Day (DEATH WARMED UP, RAW DEAL) stars as Ed Ballinger, a computer engineer confined to a wheelchair. Under the iron fist of Robert Whitehead (Brian McDermott THE PUNISHER, HOODWINK), Ed is developing a computer system like none before: the I-500, a break-through in computer science and the early stages of artificial intelligence.Moving into a high-rise apartment to complete work on the I-500 project, Ed is convinced hes witnessed the murder in a neighbouring building. Enter Ed Stollier (Australian cinema icon, John Ewart - RAZORBACK, FROG DREAMING), a calculating sadist with a predilection for S&ampM and dismemberment. Seeking answers from the rapidly advancing I-500, Ed starts to feel a disturbing force at play as technology and violence take over his life.Originally released in 1982, CROSSTALK is a unique thriller of the Ozploitation canon. With obvious references to Alfred Hitchcocks REAR WINDOW (1954) and stylish, retro-futuristic production design CROSSTALK sits apart from similar Australian productions of the era and features a suitably dark synthesizer score by Chris Neal (CELIA, FARSCAPE).
DETAILS