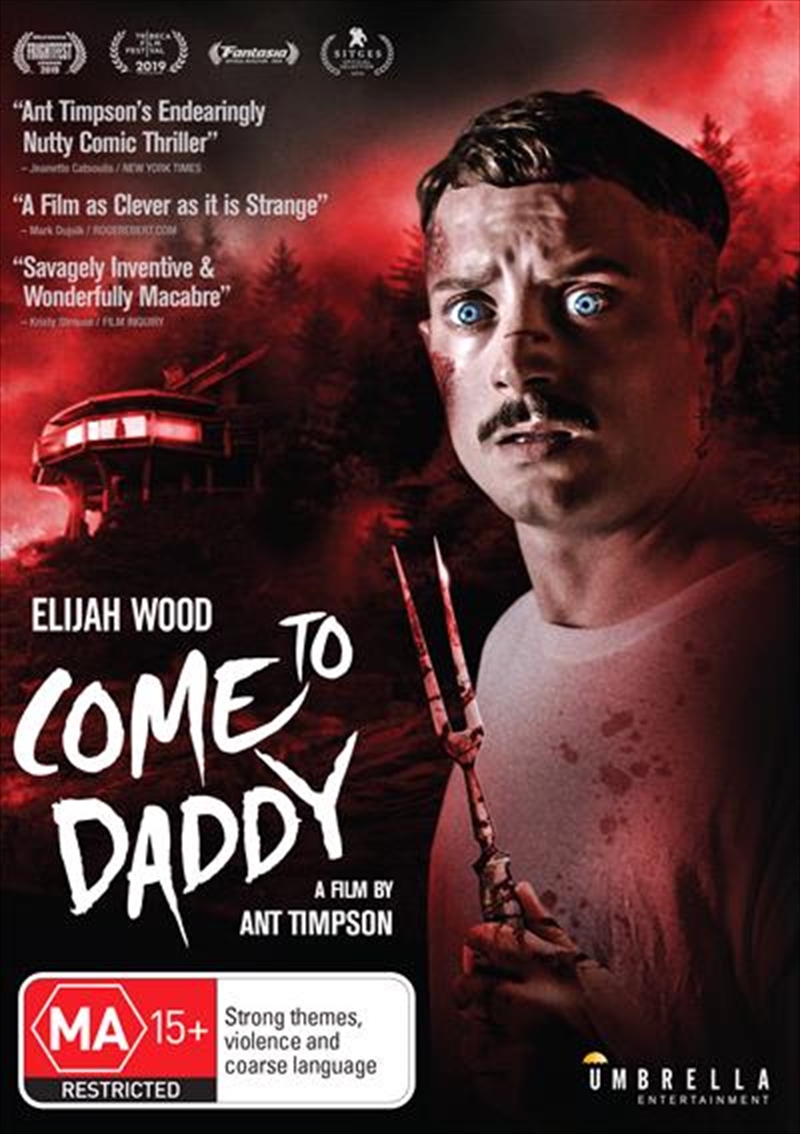 Norval Greenwood (Elijah Wood, The Lord of the Rings trilogy), a privileged man-child, arrives at the beautiful and remote coastal cabin of his estranged father (Martin Donovan, Tenet), who he hasnt seen in 30 years. He quickly discovers that not only is dad a disapproving jerk, he also has a shady past that is rushing to catch up with him. Now, hundreds of miles from his cushy comfort zone, Norval must battle with demons both real and perceived in order to reconnect with a father he barely knows.

Review of Come To Daddy by Peter Walkden

Norval (Elijah Wood) receives a strange and mysterious handwritten letter from his father. The reason why it’s odd is because Norval hadn’t heard from his father since he disappeared 30 years ago when Norval was just five years old. Norval accepts the invitation and travels a long way to meet his father at his home. Will Norval be able to reconnect with this father and learn the truth about his disappearance? Will Norval find out why his very own father wants to see him so urgently?
With a plot like the above, some may suspect this film to be a drama film. In fact, to my surprise, this film is anything but a drama. Come To Daddy serves as a Black Comedy with Horror and Thriller aspects throughout the film. The film has a fun introduction and setup as we get to know more information about Norval’s odd situation and question the relationship with his father. It is also interesting to see a film generally be so mysterious with its characters. While watching, I honestly questioned the truth about both Norval and his father.
Come To Daddy as a plot takes several twists and turns. Some of these elements are predictable and other elements not so much. The 1st two acts of the film are by far the most enjoyable aspects of the film. The actual movie before the third act, I found to be quirky and entertaining with the movie’s plot, consistently bringing surprises and dark humour.
The movie audio track and the music score were a blast particular during the film’s opening credits, but the audio is also used during tense moments which put my subwoofer to good use. The audio was a delight and managed to bring out some good tension during critical scenes. Performance like the film itself are also quirky and well-acted.
Overall, Come to Daddy is generally a good time and as for the plot, it’s quirky, random and loaded with many surprises along the way.
Peter has written this movie review for Sanity. See more from Peter here