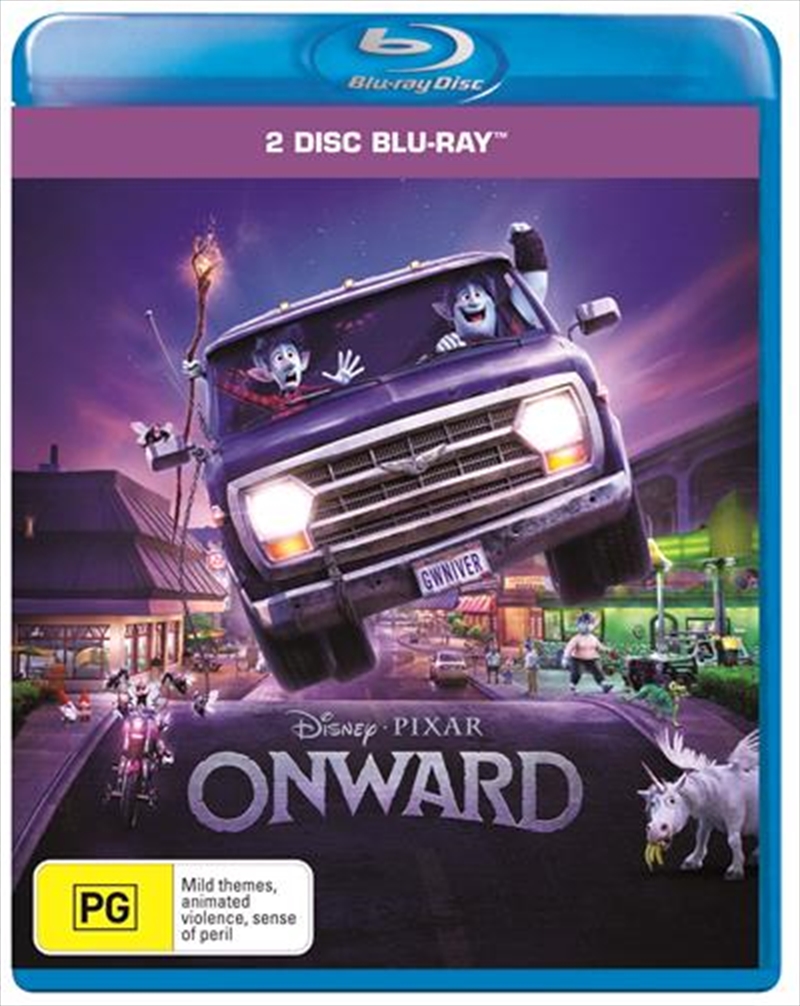 Review of Onward by Christopher Pattison

Disney and Pixar’s collaborations over the past 27 years is iconic and at this point legendary. They have created some of the best films in the entertainment medium over this 27 years including; ‘Toy Story’, ‘Inside Out’, ‘The Incredibles’, ‘Monsters Inc.’, ‘Finding Nemo’ and ‘Coco’. With such a reputation, it is hard for a studio to remain fresh and innovative with their films, yet Pixar continues to do this year after year. ‘Onward’ is yet another great film to add to their already impressive filmography. ‘Onward’ follows elven Brothers Ian and Barley Lightfoot (played by Tom Holland and Chris Pratt) who embark on a quest on Ian’s sixteenth birthday to bring their father back for just one day, through a modern magical landscape.

‘Onward’ was exactly what I wanted in a Pixar adventure, it’s beautifully animated, well-directed and full of adventure, heart and humour. The story hits the typical poignant emotional story beats we have come to expect from the studio, but through a few clever twists and turns, the tropes still remain to feel fresh and innovative, avoiding clichés and genre tropes. There are some truly beautiful sequences, with the animation still feeling photo realistic, with heavily detailed textures and backgrounds that really add depth to the film and really do highlight the talented Pixar team’s craft in animation. The modern day magical world is fun and exciting, feeling like something we have not seen before. Director Dan Scalon really has fun with this world and invites the audiences to fully immerse themselves. It is really something special. Pixar takes the approach again in this film not to have a main antagonist, which they have done now for quite a few of their films and here it really works. The adventure and the situation is more the villain here and it works as its own antagonist without having a big bad for our heroes to stand up and fight, sure there are a few creatures along the way, but no main antagonist. The voice cast are great too, with Holland and Pratt exuding great chemistry with one another, they show real promise for further animated outings together. I would love to see more adventures with the Lightfoot brothers in this modern-day magical world. All-in-all, ‘Onward’ is another solid entry from Pixar, whilst not reaching the heights of some of its predecessors, it is still a poignant coming of age story with a lot of laughs and a lot of heart. Check this one out if you get the chance and I am giving ‘Onward’ an 8.5/10. The animation really pops on Blu-Ray as well, so pick it up on Blu-Ray and 4K UHD today!

Chris has written this review for Sanity. See more from Chris here

Review of Onward by Peter Walkden

Set in a world where humans don't exist, instead there is a world full of magical characters and creatures. A long time ago, many of these characters were capable of using magic in their everyday life. But as technology and inventions began to be developed (such as the invention of the light bulb), the creatures started to use less magic until they generally forgot how to use it.

In the present day, Onward focuses on a pair of elven brothers. Ian (Tom Holland) & Barley (Chris Pratt) unfortunately lost their father due to an illness when the two were still young. When Ian has a birthday, he is given a present by his mother that was left for the two brothers before his father passed away. The two brothers discover that their father was knowledgeable of magic and they are given a magical staff along with instructions on how they can bring their father back for a short period. So the two brothers decide to go on a magical quest to complete what is required to bring back their father and spend time with him once more.

The world of Onward is fantastic. I love witnessing some the creativity within both the world and the creatures that appear in this film. Seeing a group of small fairies driving motorbikes like a bikie gang is just one of the humorous examples. It's also apparent that the film has been influenced by other medieval and magical films such as The Lord of the Rings franchise.

The voice work here is also great with actor Chris Pratt quickly being the standout and bringing lots of energy to the screen. The two leads, voiced by Tom Holland and Chris Pratt, also worked well together, and I felt the chemistry between the two was genuine and relatable. Speaking of relatable, the plot itself is touching too, and the film manages to bring a nice balance of humour and heartfelt moments.

The visuals and audio track as per usual for a Pixar film are outstanding. There's lots of fun to be had, particularly with the movie's audio track. Sound effects of all the crazy creatures/monsters or even the sound of Barley's van struggling to run are just some of the fun moments I had with my surround sound system.

Overall, it should come as no surprise that Pixar has delivered yet again another heartfelt animation with added humour along the way. The voice work here is pleasing (particularly from actor Chris Pratt). The film's visuals and audio track is also a blast. If you're seeking something fun and brainless, this film comes easily recommended.