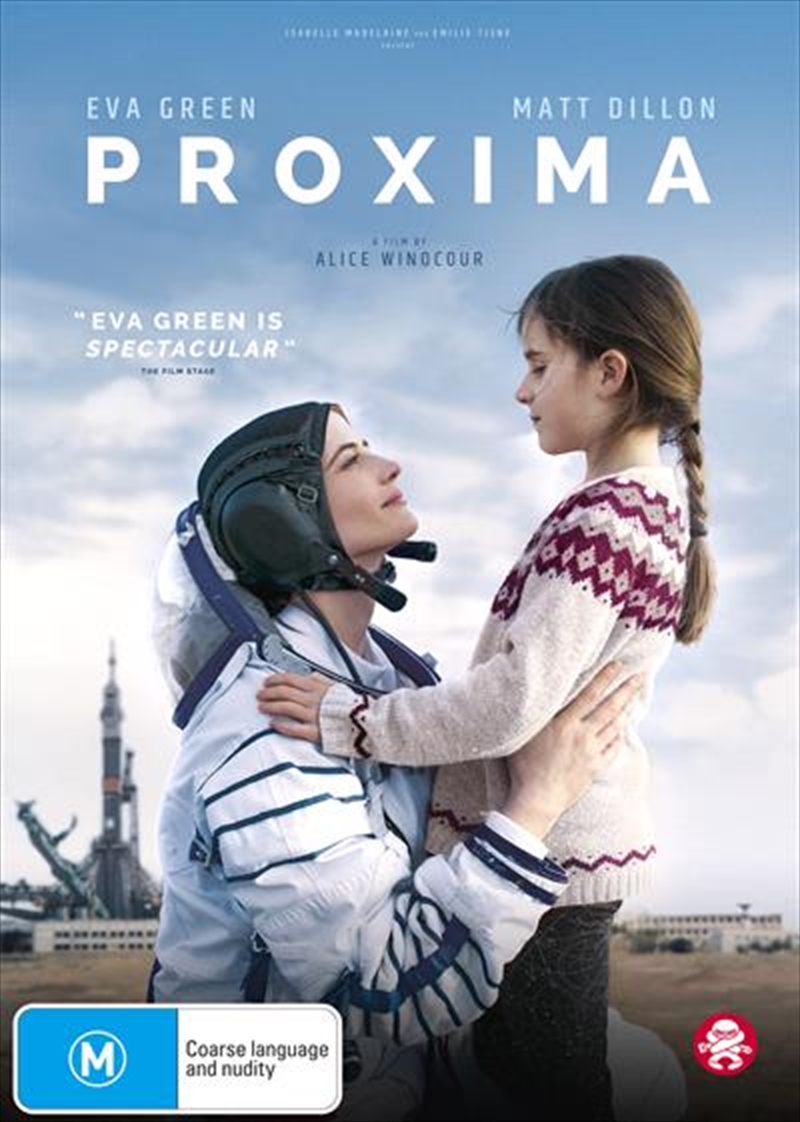 An astronaut prepares for one year apart from her daughter, on a mission aboard the International Space Station.

Review of Proxima by Peter Walkden

An astronaut receives an invitation of a lifetime. Sarah Loreau (Eva Green) accepts a position in the new space mission called “Proxima”. This mission allows Sarah to go into space along with two other astronauts. Sarah has been waiting for an opportunity, such as this for a long time. It is quite an achievement and honour for Sarah to be part of this mission as previously there have not been many female astronauts like her to receive such an opportunity.
Sarah lives alone with her young daughter, Stella (Zelie Boulant), as she and her ex-partner split up some time ago. Thankfully, Sarah and her ex-partner continue to be on good terms even though they are now separated from each other, and Sarah asks if he can look after her daughter while she prepares for the mission and journeys into space for a full year.
But as Sarah begins preparation for the mission, she deals with multiple challenges moving forward. Her fellow officer, Mike Shannon (Matt Dillon), is provoking towards Sarah upon their first meet and greet. He does this because he feels she is not capable of handling the workload that is yet to come. There are also difficulties with her daughter- the two have always been close, but the relationship is tested when Sarah is going to leave her daughter with her father while she is away. The mission itself is also stressful for Sarah as she is required to conduct multiple tasks and tests to assure her team that she will not fail.
Firstly, I feel this is a unique role for the actress Eva Green. The film itself is rather dramatic, and with several tense moments, I found it pulling on my heartstrings (maybe even more because I am a parent). Eva Green’s performance is generally stable and believable. It is also interesting that the dialogue is a mixture of both English and subtitled French. If you are expecting a film set in space, you will be disappointed. Still, I understand constraints due to the film’s themes, budget, and genre, and this is more of a drama film, not so much a sci-fi film.
Overall, Proxima is undoubtedly a touching drama film. Actress Eva Green was a pleasure to see on screen as she not only wrestles with the biggest mission of her life but also tries to handle a touching situation with her family and co-workers. It is shot well, and the soundtrack was also useful.