Trip To Greece, The 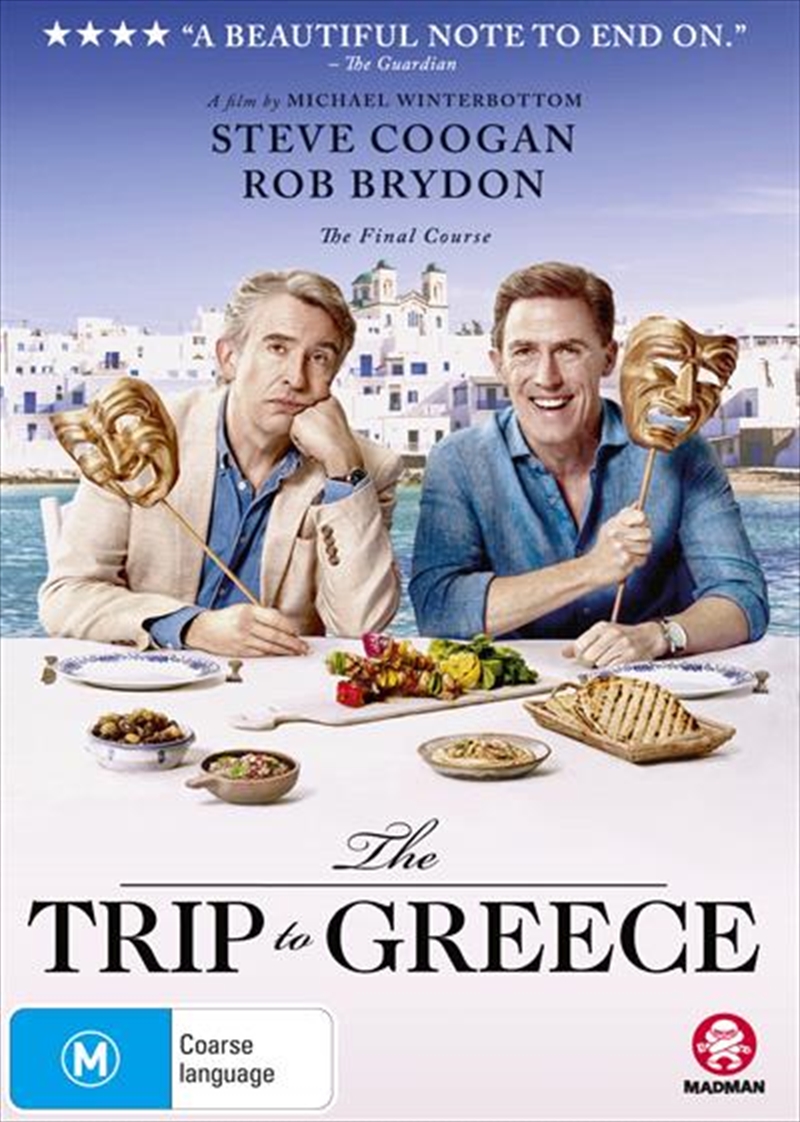 Trip To Greece, The

From Troy to Ithaca, Rob Brydon and Steve Coogan follow in the footsteps of Odysseus.

Starring Steve Coogan and Rob Brydon comes the next instalment of Michael Winterbottom's much-loved comedy series, THE TRIP TO GREECE. When Odysseus left Troy it took him ten years to get back to his home in Ithaca. Steve and Rob - on their very own odyssey, ten years after their first trip together - have only 6 days. They visit Lesvos, where Sappho wrote her love poetry; Macedonia, where Aristotle was born and tutored Alexander the Great; Athens, home of Plato and Socrates; the Peloponnese, the land of Mycenae, Argos, Sparta and the entrance to the underworld; before finally arriving in Ithaca. On the way they argue about tragedy and comedy, myth, history, democracy, and the meaning of life.

Title: Trip To Greece, The