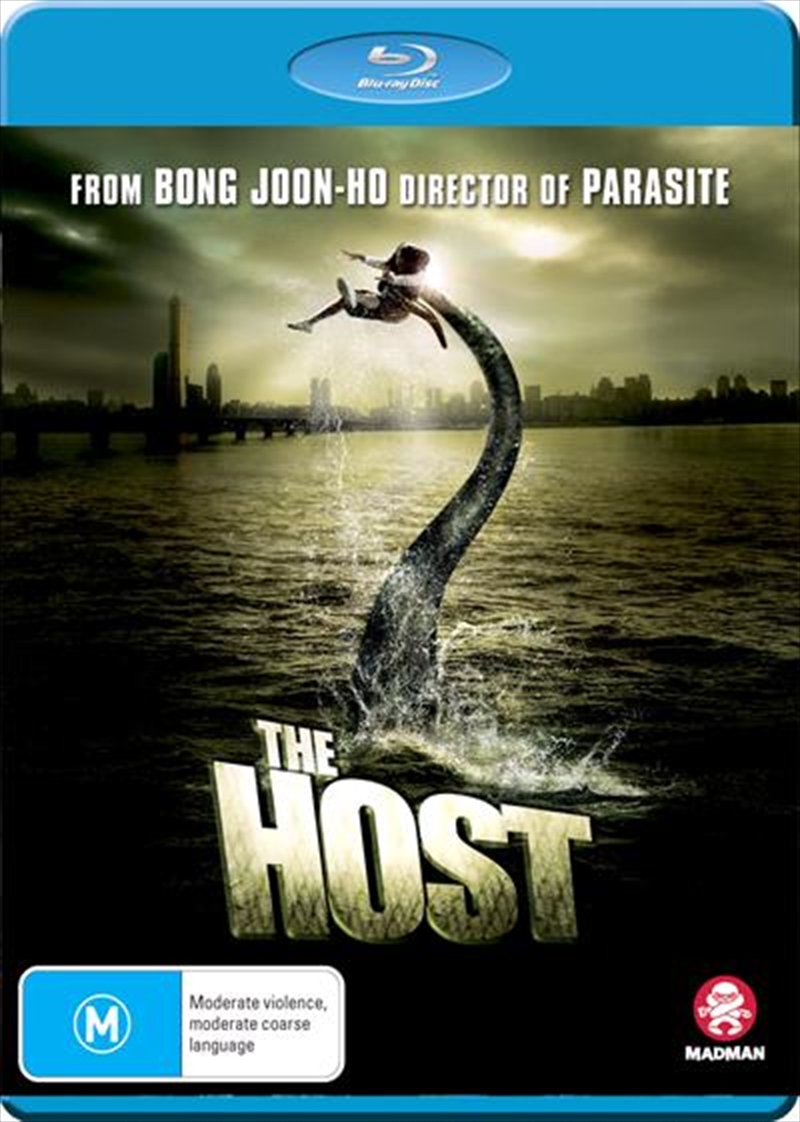 It is Lurking Behind You

The Han River runs through the heart of Seoul and when the US military dumps toxic chemicals in the river, a monstrous mutant creature is conceived in its waters. Then suddenly the creature reveals itself and creates a path of destruction on the local residents by the river. Gang-du (Song Kang-ho, star of JSA, Sympathy For Lady Vengeance) , who operates a snack bar on the riverbank, witnesses his only daughter, Hyun-seo, taken away by the creature right before his eyes.The sudden and shocking appearance of the mutant creature renders the government and state powerless to act. The once-ordinary citizen, Gang-du, and his family , sneak past the military cordon and are thrust into a battle with the monster in a desperate attempt to rescue Hyun-seo and they are forced into an unstoppable showdown with the mutant monster.Directed by Bong Joon-ho (Memories of Murder, Barking Dogs Never Bite), The Host is tale of ordinary people facing extraordinary odds.
DETAILS