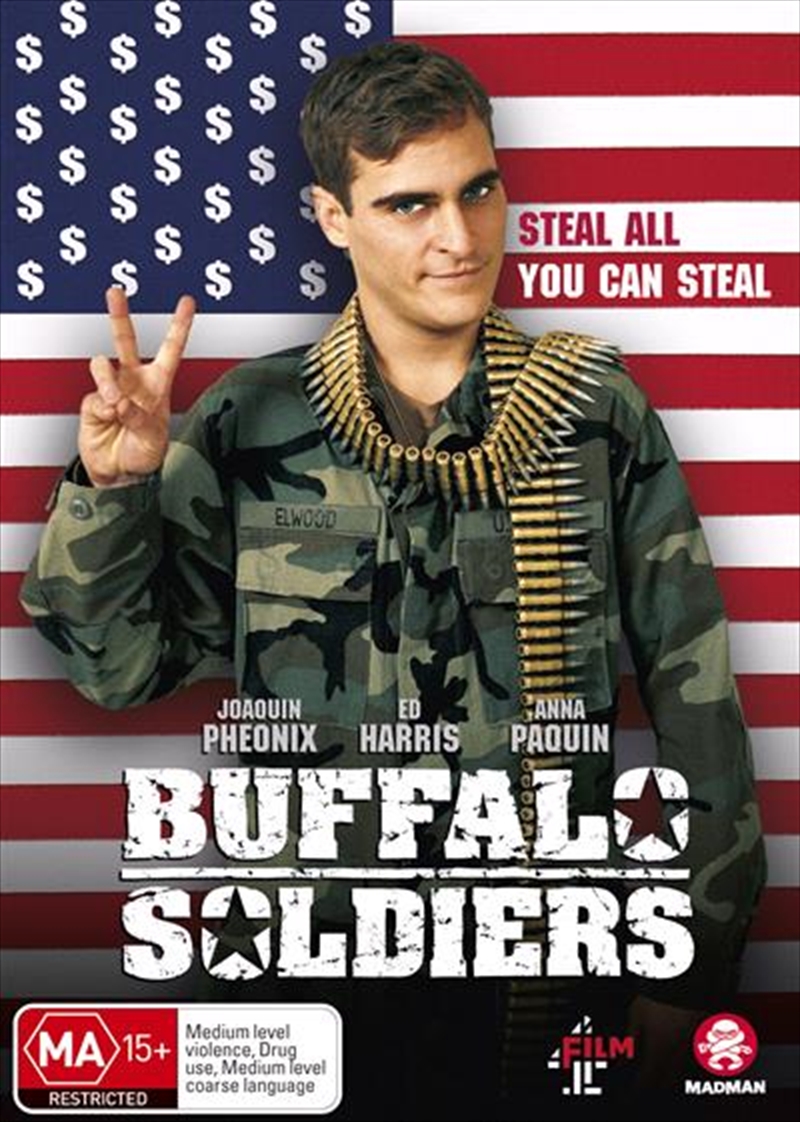 Set just before the fall of the Berlin Wall in 1989, Sgt. Ray Elwood is an American soldier stationed at a German army camp. A soldier because a judge gave him a choice between the army and jail, Ray spends much of his free time cooking cocaine for the MPs. When a soldier dies and a toxicology screen shows an alarming level of illegal narcotics, someone is sent in to investigate. This is the scathing satire Australian Director Gregor Jordan made between Two Hands and Ned Kelly. Considered too politically sensitive after 9/11 and the Iraq War, Jordan's audacious and provocative take on military life was left to simmer...until now! Set on an American Army base in West Germany just before the fall of the Berlin Wall, Buffalo Soldiers exposes what happens when soldiers have no enemies left to fight except themselves. Bored and pent up, they've turned the base into a hot-bed of violence, drug abuse and illegal arms trade. And right in the centre of the action is Ray Elwood (Joaquin Phoenix), making a killing out of the black market. But Elwood's cushy empire is about to implode around him with the arrival of a straight-shooting new sergeant, Robert Lee (Scott Glenn). And there is only one way to get Lee off his back - via his unhinged teenage daughter (Academy Award Winner Anna Paquin - Best Supporting Actress, 1993 The Piano). Blisteringly funny and with a brutally dark core,
TRAILER
DETAILS