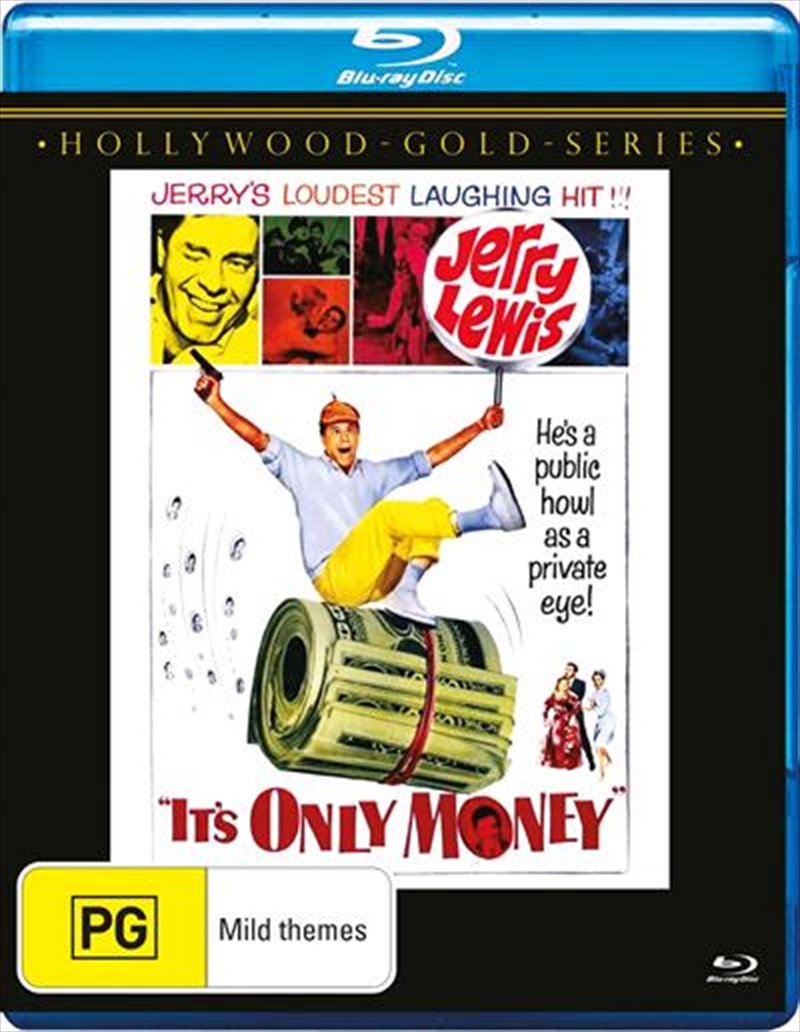 DESCRIPTION
No Greater Laughs for Love or Money!

A hapless television repairman, Lester March (Jerry Lewis) aspires to be a private investigator like his friend, Pete Flint (Jesse White). When Lester catches wind of an elderly electronics mogul (Mae Questel) who is searching for her nephew, he decides to try his hand at sleuthing. Soon Lester, who looks remarkably like the missing man, is involved in a plot to gain the family's riches, and he runs afoul of the scheming lawyer Gregory DeWitt (Zachary Scott).
DETAILS

Title: It's Only Money | Hollywood Gold