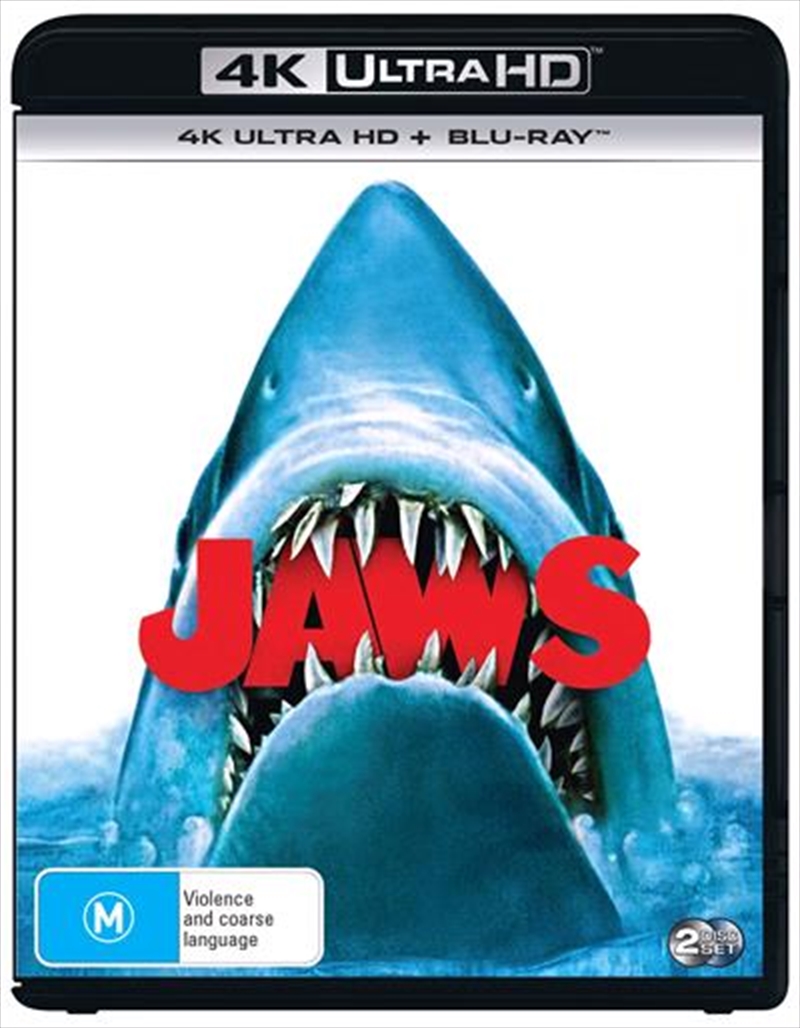 See what you missed the first time...after you closed your eyes.

When a killer shark unleashes chaos on a beach community, it's up to a local sheriff, a marine biologist, and an old seafarer to hunt the beast down.

It has been said hundreds of times by this point - Steven Spielberg is a master of his craft. Before ‘Jaws’ was released in 1975, he only had one notable film under his belt, 1973’s ‘Duel’, which I adore. However, ‘Duel’ was not a major release and was only discovered post the success of ‘Jaws’. Two years later enter ‘Jaws’. ‘Jaws’ re-invented cinema, even inventing the term ‘blockbuster’, as audiences were lining up around blocks to see this film. The popularity of the film was unprecedented at the time, and ever since has become a staple in the summer movie season.
So how was Jaws? ‘Jaws’ transcends its popularity, standing strong as one of the best films of all time. From a character standpoint, directing standpoint and its simple but effective storyline, ‘Jaws’ has all the ingredients for a true classic. The first time I saw ‘Jaws’ I watched it twice in a row, I was only ten years old and it was playing on Foxtel, without realising the film started playing again and when I realised about twenty minutes in, I just decided to watch it again and even as a ten year old, it still resonated with me then as much as it does now.
‘Jaws’ has fantastic characters, with depth and quirks that have become a hallmark for many character types and arcs for years to come. Chief Brody (played by the late, great Roy Schieder) has a wonderful arc. His character is so well realised, so well-written that you really understand where he is coming from, but also his limitations in his role of chief of police. He has some great sequences as well, my favourite being the scene where he is sitting at the table, stressed with the looming threat of a Great White in Amity Island on July 4th. He is touching his face out of stress and his son mimics his actions, followed by the wonderful line “give me a kiss”, to which his son replies “why”, “because I need one”. It is such a sweet scene and really adds depth to Brody’s character. Matt Hooper, played by the wonderful Richard Dreyfuss. He is the expert in the cast, he knows all things sharks and his character is great as well. And last, but not least, Quint played by the wonderful Robert Shaw. He has a number of memorable sequences, but my favourite sequences ae when Hooper and Quint comparing battle wounds on the boat its great and adds levity to the pending dread of this shark. And of course Quint’s monologue discussing the events that transpired on the night that the USS Indianapolis sank. It's riveting and elevated by Robert Shaw’s wonderful performance.
Everything that can be said about ‘Jaws’ has been said before. It is a true classic. The 4K UHD transfer is magnificent, the colour grading, the sound, everything feels elevated but also in-tone with previous releases, without changing too much. The underwater sequences still blow my mind to this day and are elevated now by this new 4K UHD transfer. And of course, I am giving ‘Jaws’ a 10/10. Pick this one up on 4K UHD today and you will not be disappointed!