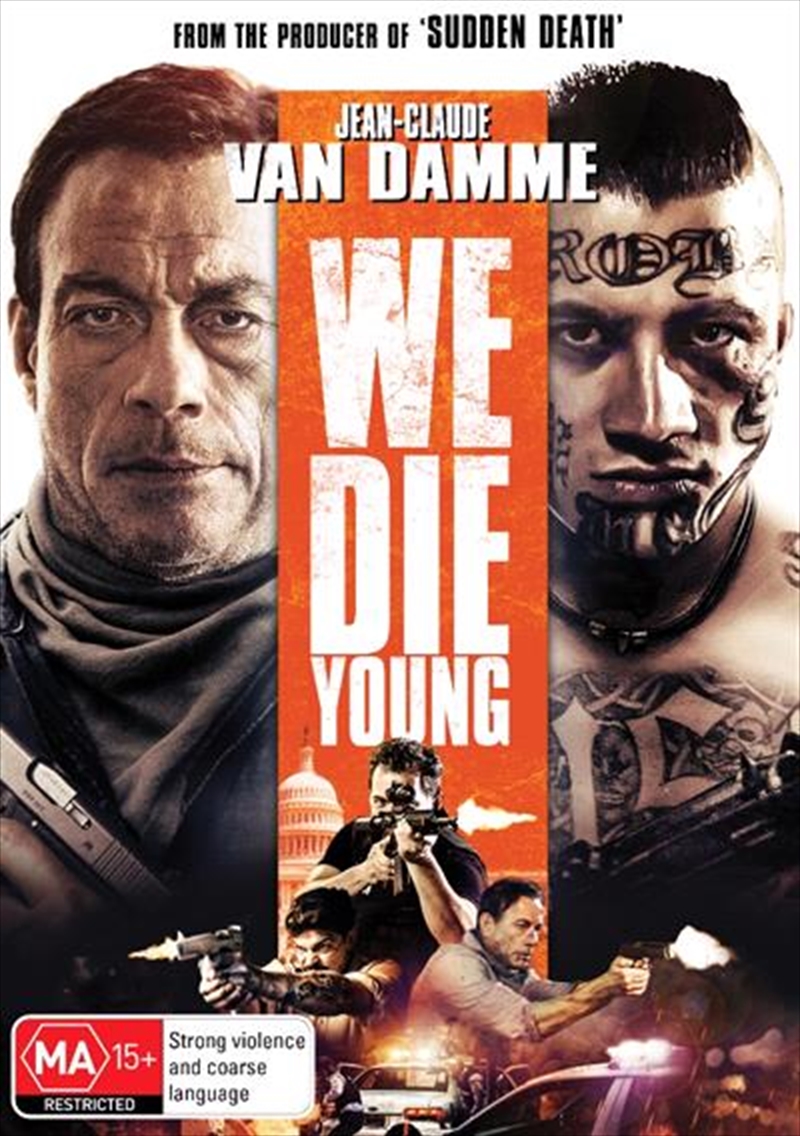 Sudden Death meets Sicario in this gritty Mexican-set gang land thriller starring action legend Jean Claude Van Damme. When ruthless drug lord Rincon recruits a 10-year-old boy Miguel to work as a runner, his older brother Lucas is desperate to keep him safe at all costs. The boys soon flee for their lives and are rescued by a troubled war veteran named Daniel (Van Damme). Daniel, who suffers with PTSD, is consumed in helping the boys to find their revenge against the violent MS-13 gang leader, in the only way he knows how.

Review of We Die Young by Peter Walkden

Our film follows multiple characters who become connected. Starting with a war veteran named Daniel (Jean Claude Van Damme). Daniel is new to the neighbourhood and requires drugs which helps him deal with his wounds from fighting wars in the past. He is also unable to speak due to his injuries. Daniel can communicate with others by using his mobile phone device.
Delivering the drugs regularly to Daniel is a young teenager named Lucas (Elijah Rodriguez). Lucas works for one of the most dangerous street gangs in the city. But things change with Lucas when his little brother begins to express interest in going down the same path as Lucas working for dangerous and violent gangs. Naturally, this is not the type of life Lucas wants for his little brother and will do anything to protect him.
The world of We Die Young is extremely gritty. While it might seem fitting, viewers please be warned. Some elements in this film might be too much for a viewer to find enjoyment. I am referring to the general content that is the world of gangs and how the film tries to push its limits to try and be realistic. Young Children getting into fights or even seeing an animal get brutally murdered are just some examples as to what I am referring to.
Performances are generally enjoyable particularly from Van Damme and Elijah Rodriguez. Jean Claude Van Damme is also tackling a role that is different and unexpected. A wounded man who later feels called to protect the young boys is something we’ve yet to see from the actor within his career. The film is at its strongest point when Van Damme is sharing the screen when the young characters he interacts with. This film is more focused on telling a dramatic story and rather an action-packed one.
Overall, Jean Claude Van Damme tackles a role which I feel is completely different and unexpected. Performances are positive in this gritty story.