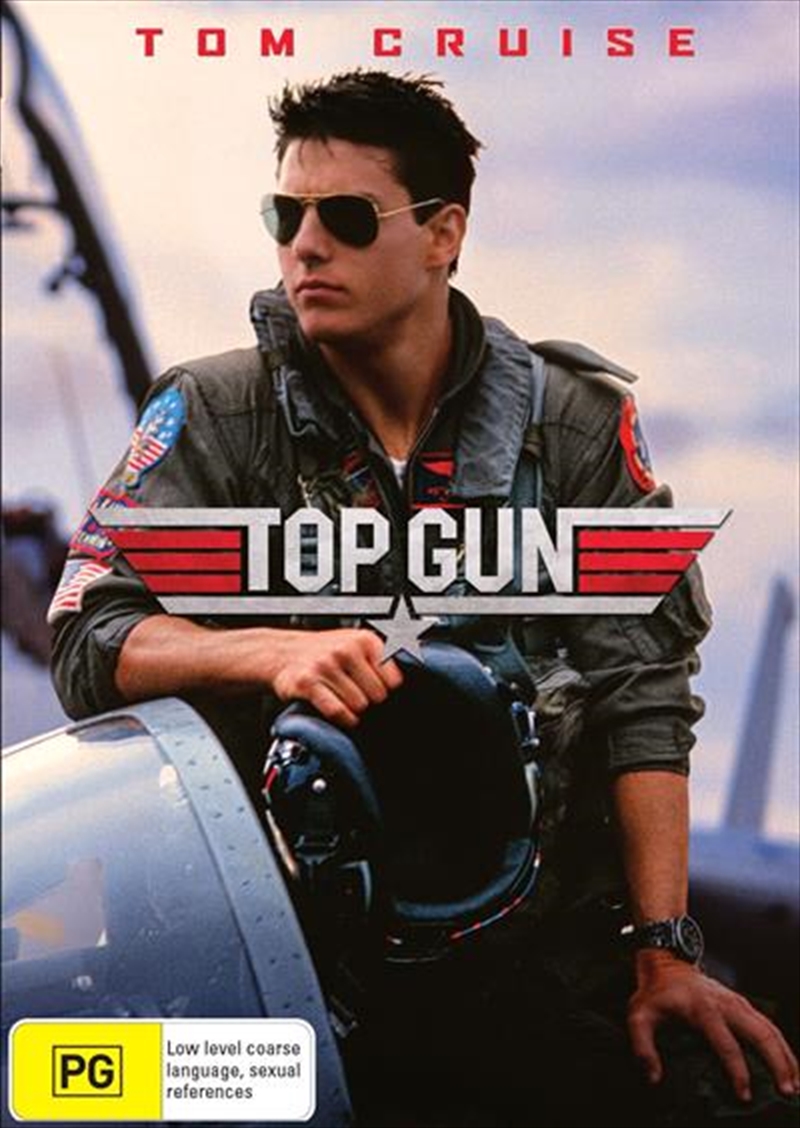 From the Producers of Beverly Hills Cop and Flashdance

As students at the United States Navy's elite fighter weapons school compete to be best in the class, one daring young pilot learns a few things from a civilian instructor that are not taught in the classroom. Filmed on location at the Miramar Naval Base in San Diego. Features Tom Cruise as a skilled F-14 pilot who flies by instinct, not by the rule book. McGillis plays an astrophysicist whom he falls for while training at the prestigious fighter weapons school. The title song 'Take My Breath Away' won an academy award for best original song.

Director Tony Scott is one of Hollywood’s most prolific action directors. Delivering great films such as; ‘Days of Thunder’, ‘The Last Boy Scout’, ‘True Romance’, ‘Crimson Tide’, ‘Enemy of The State’, ‘Man on Fire’, ‘Unstoppable’, ‘The Taking of Pelham 123’ and of course, 1986’s ‘Top Gun’. ‘Top Gun’ is one of the best 1980’s action films and one of the most enjoyable action films of all time. It sets the bar for what we know and love about 1980’s action. It has cheesy one-liners, a great bromance between Maverick (Tom Cruise) and Ice Man (Val Kilmer) and plenty of fast-paced, over-the-top action sequences. It sets the bar for 1980’s action cheese.
We get both Tom Cruise and Val Kilmer at the top of their game. The film has a great sense of fun which is what a lot of the best action films from the 1980’s era had. Tom Cruise shines in the film as maverick, proving his endless likeability and charisma and dedication to action. The soundtrack is amazing as well with Kenny Loggins classic ‘Danger Zone’ playing throughout a majority of the runtime, it is an absolute banger and a memorable track from the 1980’s. The action sequences are well done as well, with great in camera sequences with real fighter jets. It is a testament to the late, great Tony Scott and how he understood the importance of in-camera action sequences, may he rest in peace... It is part of what makes ‘Top Gun’ so memorable. The 4K restoration of this flick is also amazing, with the colour grading really popping on my 4K tv and the sound really standing out. The sound is truly magnificent, you can hear every sound of the jet's engines and every beat of Kenny Loggins ‘Danger Zone’. It is by far the best the film has ever looked and sounded!
If there were to be a dictionary of film and you were to look up the quintessential 1980’s action film, a picture of ‘Top Gun’ should be there. With a great cast, fun and energetic direction from Tony Scott and a great sense of fun, ‘Top Gun’ stands above most as one of the most enjoyable action films of all time. If you haven’t seen ‘Top Gun’, then there is no time like the present, pick it up on 4K UHD today and you won’t be disappointed.