How To Train Your Dragon 1-3 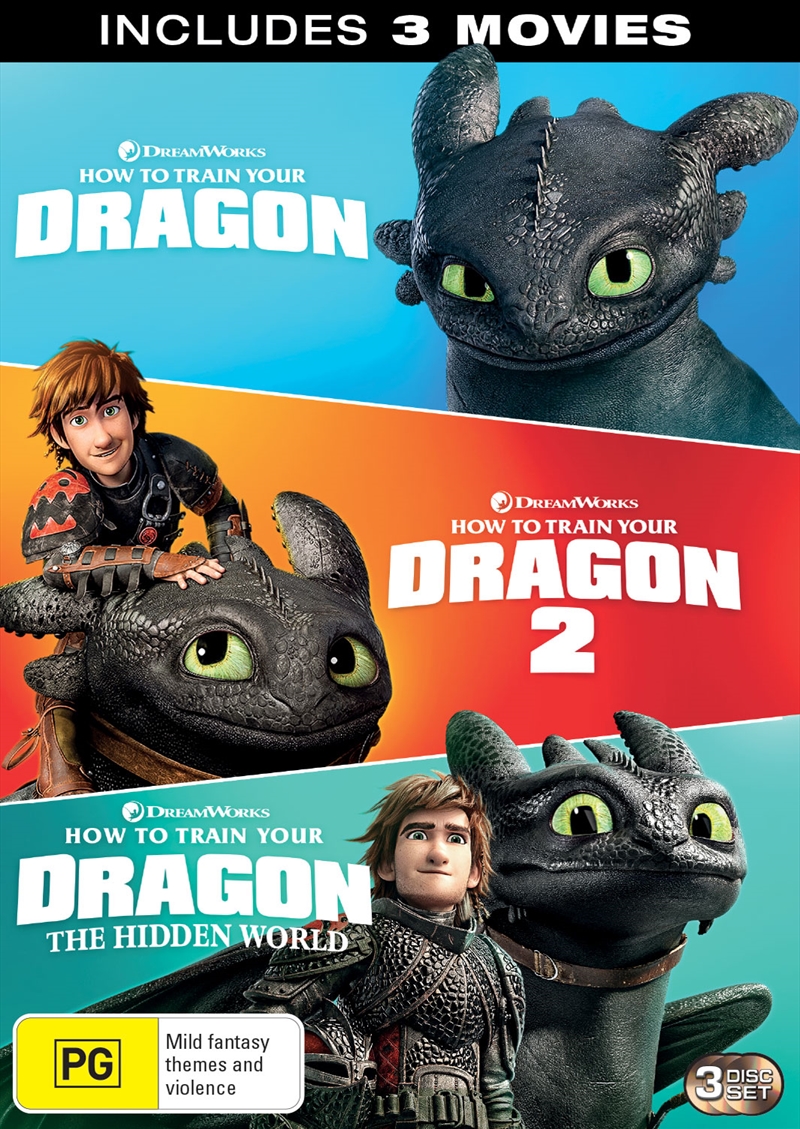 How To Train Your Dragon 1-3 DVD

How to Train Your Dragon Hiccup is a young Viking who defies tradition when he befriends one of his deadliest foes - a ferocious dragon he calls Toothless. Together, the unlikely heroes must fight against all odds to save both their worlds in this "wonderful good-time hit!" (Gene Shalit, Today)

How to Train Your Dragon 2 When Hiccup and Toothless discover a secret ice cave filled with hundreds of wild dragons and a mysterious dragon rider, the two friends find themselves at the center of an epic battle to save the future of men and dragons!

How to Train Your Dragon: The Hidden World Now chief and ruler of Berk alongside Astrid, Hiccup has created a gloriously chaotic dragon utopia. When the sudden appearance of a female Light Fury coincides with the darkest threat their village has ever faced, Hiccup and Toothless must leave the only home they've known and journey to a hidden world thought only to exist in myth. As their true destines are revealed, dragon and rider will fight together-to the very ends of the Earth-to protect everything they've grown to treasure.

Title: How To Train Your Dragon 1-3