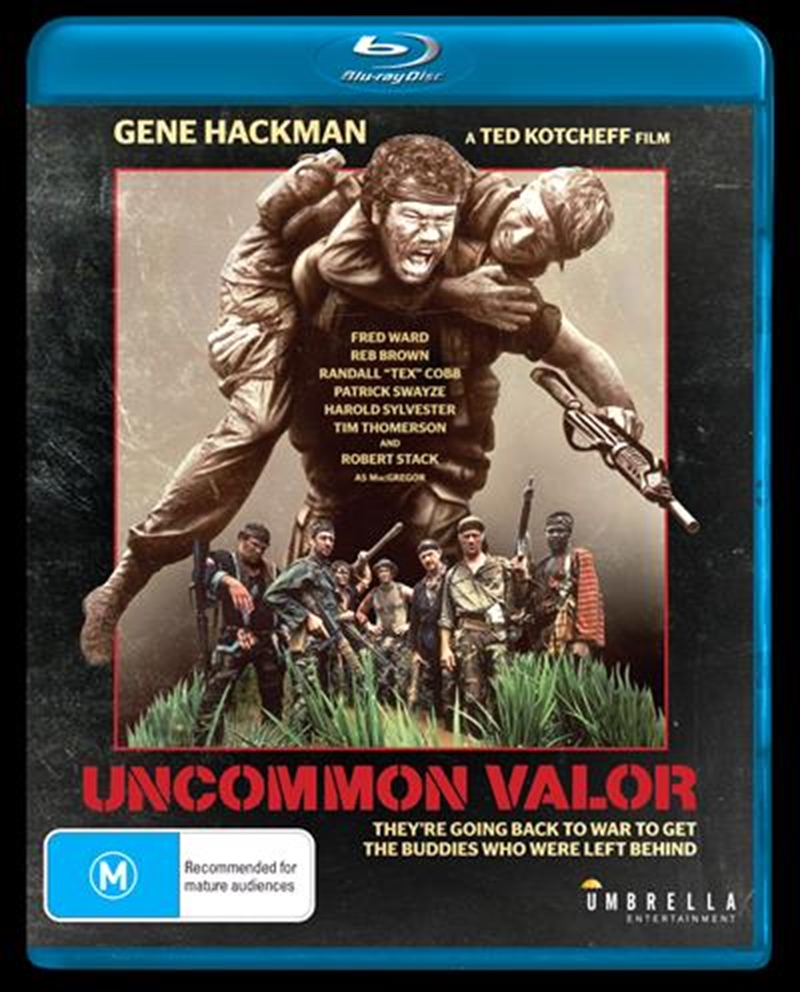 Gene Hackman portrays Colonel Jason Rhodes, a man obsessed, in this powerful action-packed adventure from the director of First Blood, co-produced by John Milius. For over ten years, Rhodes has been living a nightmare, searching for his son who is listed as "missing in action" in Vietnam. After useless appeals to the government for information, Rhodes takes matters into his own hands. With the financial backing of a Texas oil tycoon (Robert Stack) and the help of his son's five Marine buddies, Rhodes prepares to carry out a daring mission. After weeks of gruelling training, the courageous veterans leave for Laos. The final battle of the Vietnam conflict is about to begin...
DETAILS