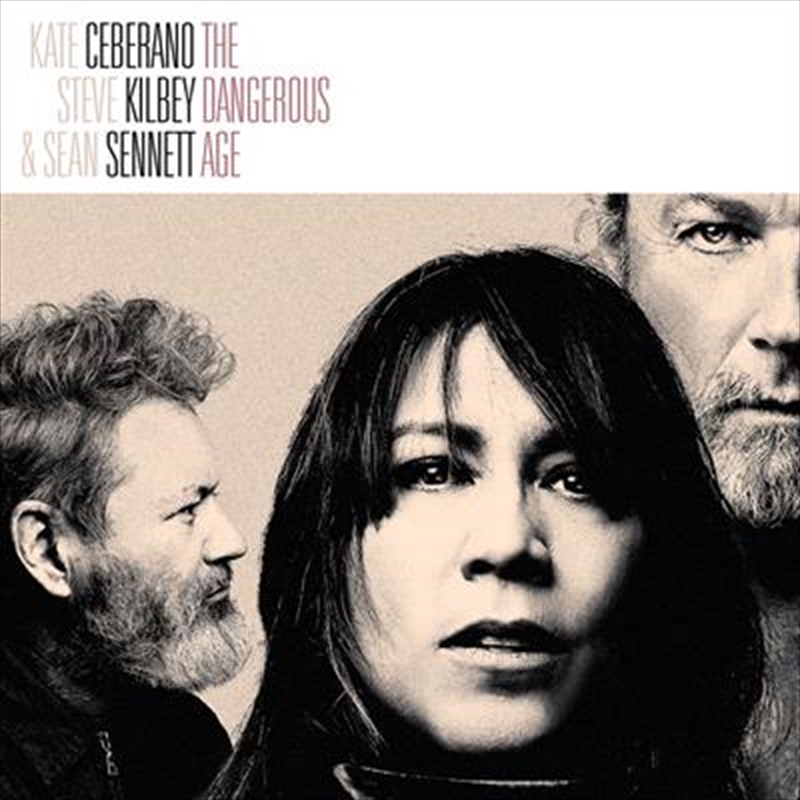 It features twelve original songs including their first single ‘Monument City Lights, 1973’, ‘My Restless Heart’ and new track, ‘All Tied Up’. The cover portrait for The Dangerous Age was shot by Justine Walpole who is best known for her work with Prince.

A highly acclaimed solo artist, Kate Ceberano first came into the collective consciousness as co-lead singer in funk-art-pop group, I’m Talking.  She excelled as a songwriter penning the likes of ‘Brave’, ‘Champion’ and the #1 hit ‘Pash’ and is the first female to be inducted into the Australian Songwriters Hall of Fame.

Steve Kilbey is in the ARIA Hall of Fame for his work with the Church (‘Almost With You’, ‘Under The Milky Way’, ‘Unguarded Moment’), and could also have been inducted for his prolific solo output. He is also a poet and painter.

Sean Sennett is best known for music as diverse as the radio hit ‘Lost & Found’ through to the garage rock of ‘You Broke My Heart At The Big Day Out’ (The Incredible Strand). He has previously written or recorded with the likes of David Bridie, Ross Wilson and Rob Hirst (Midnight Oil).

7. Girl On The Highwire

9. Not The Loving Kind

12. Whatever Happened To Steven Valentine?