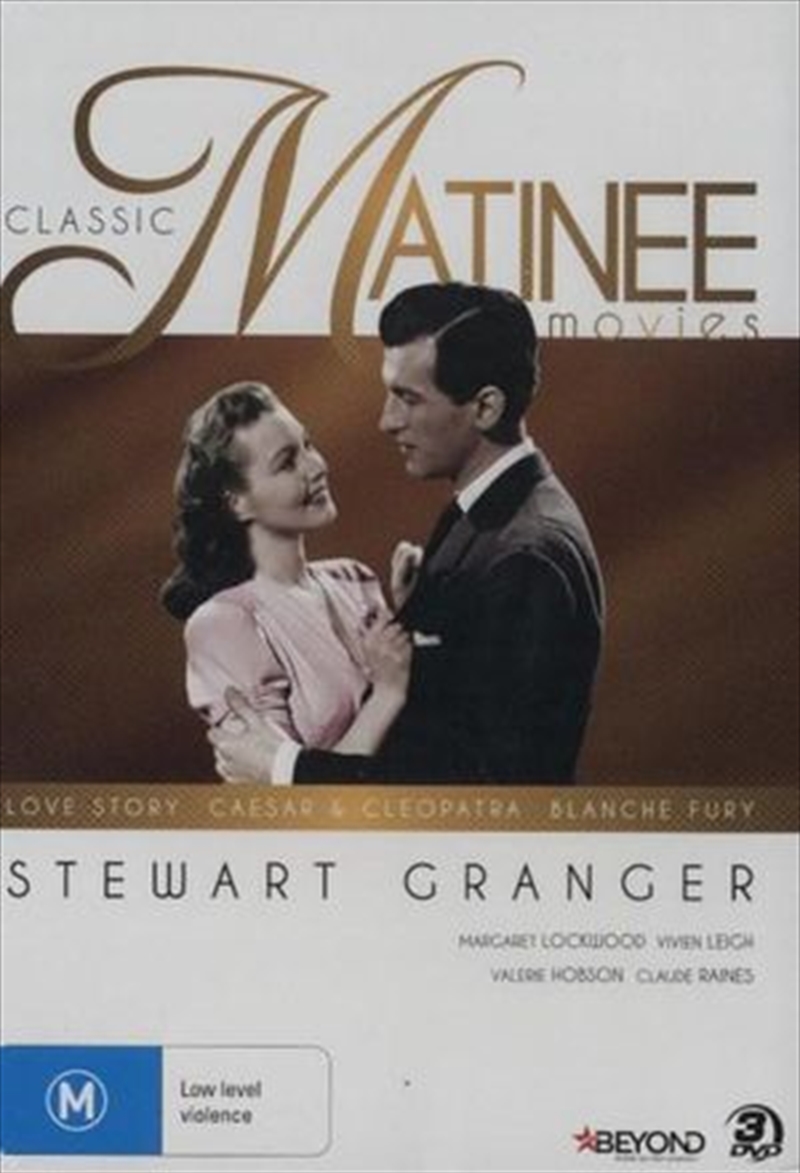 Lissa Campbell (Lockwood) has had a career as a famous concert pianist, but everything changes when she learns she has a heart condition and may have only months to live. Lissa drops her career and goes on holiday at a resort in Cornwall, hoping to enjoy the world around her for the first time in years. Lissa meets Kit Firth (Granger), a charming rogue who is inexplicably uninterested in doing anything to help the war effort.

Unbeknownst to Lissa, Kit suffered a serious injury while serving in the RAF, and consequently he expects to lose his vision within a matter of weeks. Kit and Lissa fall in love, each pledging to keep the romance light in order to spare the other their problems, but they soon find it's just not that simple...especially with Kit's childhood friend Judy (Patricia Roc), who secretly loves Kit, complicating their lives. Starring Margaret Lockwood, Stewart Granger, Patricia Roc.

As Rome invades Egypt, Julius Caesar stumbles across a frightened young girl at the Sphinx her name is Cleopatra. Caesar promises to make her a Queen and marches on the Council Chamber, ordering them to leave Egypt or face invasion. They claim the palace but are besieged by the Egyptians and all seems lost for Caesar. How can he win? Starring Vivien Leigh, Stewart Granger, Claude Rimes.

A penniless girl becomes the mistress of a stately home by marrying the heir. This is despite her love for the illegitimate son of the previous owner. Gypsies sabotage her wedding by setting the barns on fire, and her spurned lover sees the chance to seek his revenge by shooting her husband and blaming it on the gypsies. However, all does not go according to plan. Starring Valerie Hobson, Michael Gough, Walter Fitzgerald.