Classic Alec Guinness - Great Expectations, To Paris With Love and The Quiller Memorandum 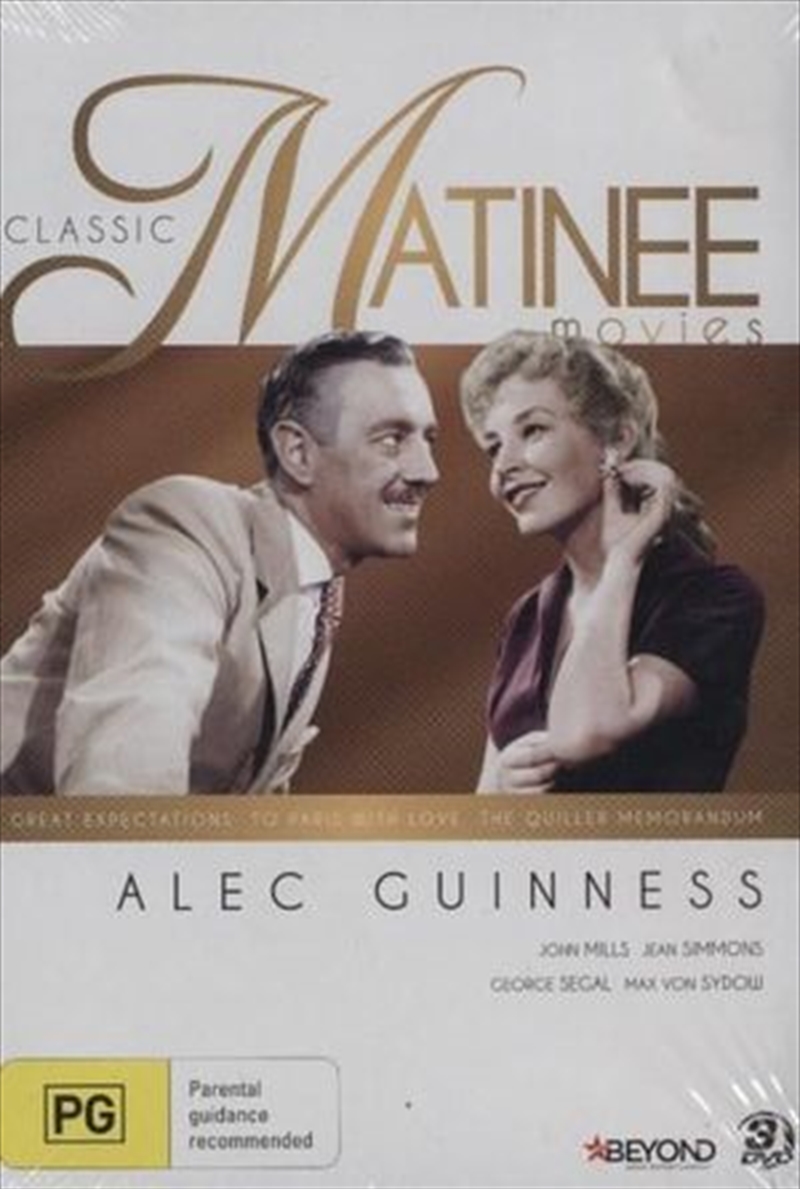 Close the doors, dim the lights, take a seat and leave your troubles behind. The Classic Matinee Triple Bill is your exclusive gold pass to the Matinee era - A time of quality, style and sophistication.

Maestro British film director David Lean adapted Charles Dickens classic tale of an orphan boy, Pip, with aspirations to be a gentleman, into one of the most memorable films of the 1940s, Winning Oscars for Best Art Direction and Cinematography and nominated for Best Director, Best Picture and Best Writing. Great Expectations is a masterpiece on every level. Starring Alec Guiness, John Mills, Martita Hunt, Jean Simmons

Sir Edgar Fraser (Alec Guiness), a Scottish aristocrat, decides that it is time for his 20-year-old son to meet a woman. Together they head for Paris where Sir Edgar finds a beautiful girl for his son. Complications arise when Sir Edgar also fall in love with the girl - things get worse when his son falls for the woman he found for his father. Starring Alec Guiness, Odile Versois, Vernon Gray

Quiller is a secret agent assigned to uncover the operations of a neo-Nazi organisation. His enquiries lead him to a school where a World War II Nazi leader has hanged himself. There he encounters a beautiful teacher, Inge, and the two fall in love. He is soon captured by the neo-Nazis but escapes to find Inge, but is Inge as innocent as she first appeared? Starring Alec Guiness, George Segal, Max Von Sydow