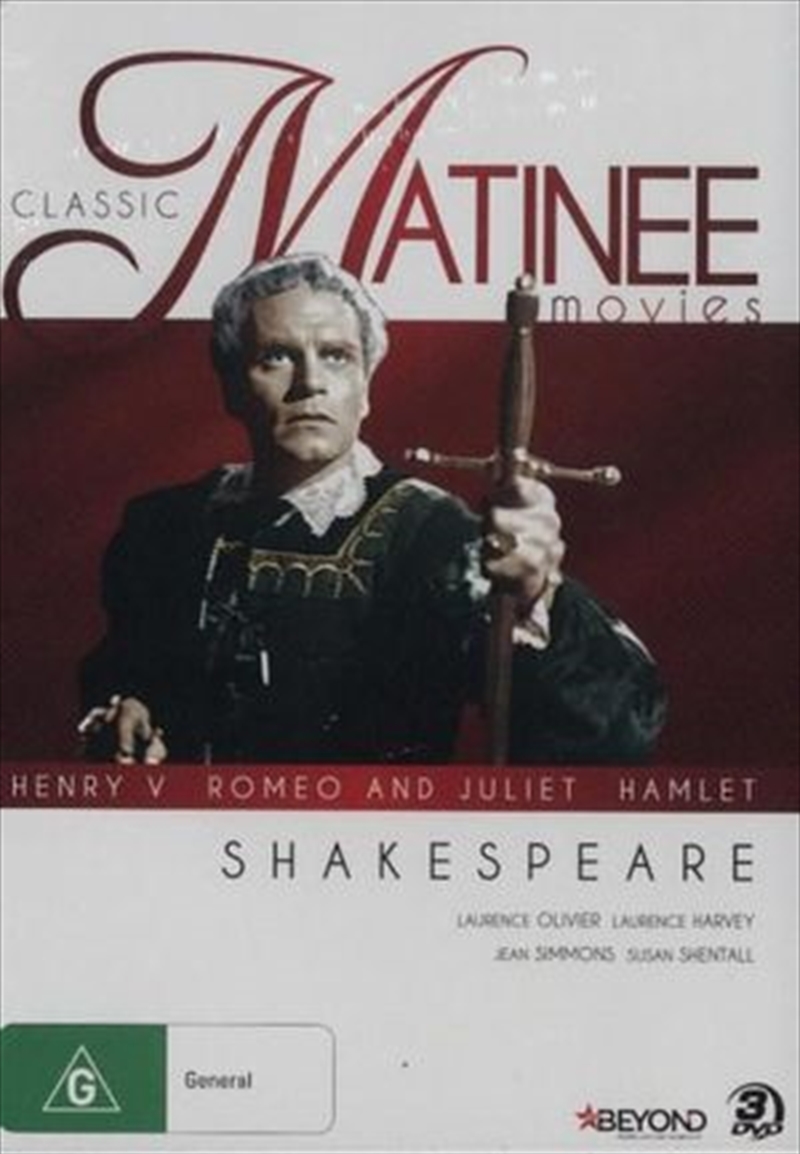 Based on the most popular of Shakespeare’s historical plays, Henry V was made to boost the morale of British troops during World War II. Laurence Olivier was Oscar nominated for his mesmerising performance as King Henry V. With an excellent supporting cast that includes Renee Ashershon (Midsomer Murders), Henry V stands the test of time. Starring Laurence Oliver, Robert Newton, Felix Aylmer.

The Montagues and Capulets are two feuding families in Verona when love blossoms between Romeo and Juliet, two of their younger members. The families would not permit such a match so in a desperate attempt to be with her beloved, Juliet takes a potion that will simulate death. Shot on location in Italy, this is perhaps the finest screen adaptation of Shakespeare’s famous play. Starring Laurence Harvey, Michael Hordern, John Gielgud.

Olivier won an Oscar and Golden Globe for his performance as the Danish prince in Hamlet, while Jean Simmons was Oscar nominated for her role as Ophelia. The film also won both an Oscar and a BAFTA for Best Film and Olivier was Oscar nominated for Best Direction. A timeless masterpiece that captures the genius that was Olivier at the height of his powers. Starring Laurence Olivier,Jean Simmons, Peter Cushing.