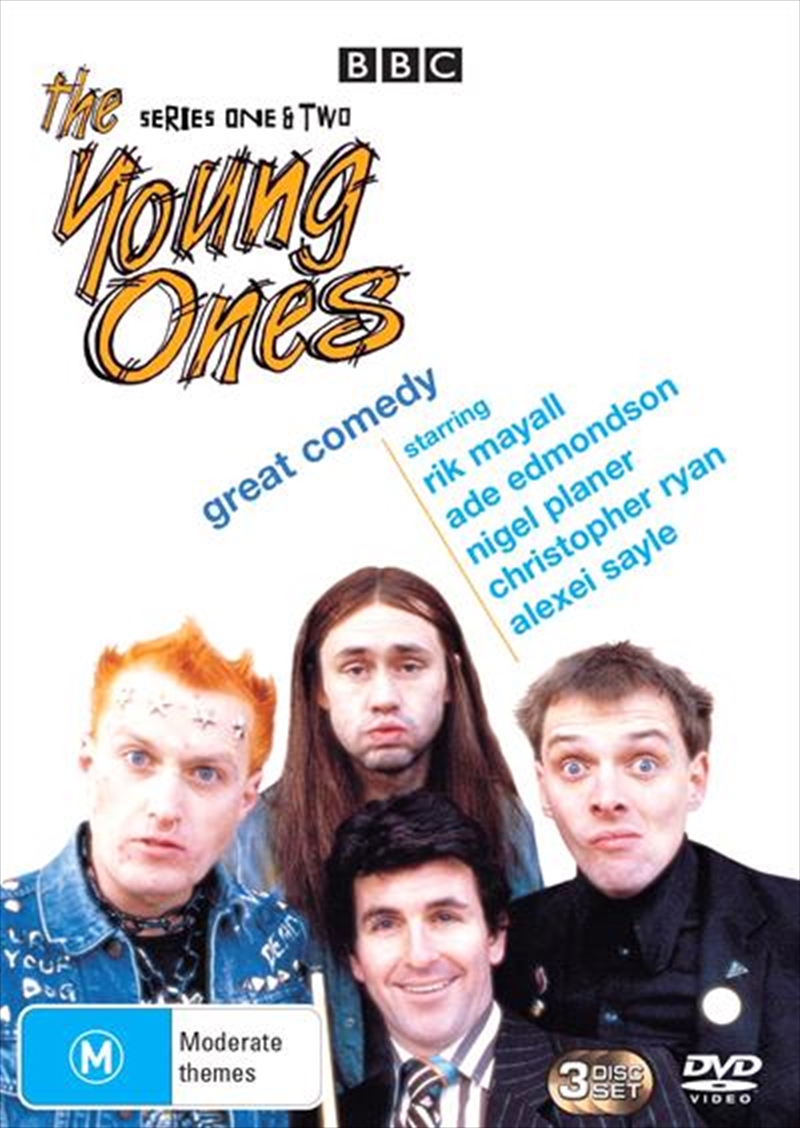 Join Vyvyan, Rik, Neil and Mike in the grottiest student flatshare from hell in this unpredictable, swaggering, staggering, exhilarating steamroller of a sitcom! The Young Ones infantile and surreal humour became essential viewing in the 1980's and early 90's. Representing a landmark in British comedy, there's been nothing quite like it before or since. Starring Rik Mayall, Ade Edmonson, Nigel Planer, Christopher Ryan and Alexei Sayle, The Young Ones humour epitomised Thatcher's Britain, riding on the back of critically acclaimed alternative comedy such as Not The 9 O'Clock News and Blackadder. The plethora of guest stars read like a who's who of British comedy in the 80's and 90's and includes Keith Allen, Chris Barrie, Robbie Coltrane, Ben Elton, Stephen Fry, Hugh Laurie, Tony Robinson, Griff Rhys Jones, Mel Smith and Emma Thompson. Famous also for its musical guest stars, the show featured appearances from many top bands of the time including Madness, Dexy's Midnight Runners and Motorhead. This DVD release features both series one and two, including the final episode, 'Summer Holiday', where the main characters are killed as their double-decker bus careers off a cliff.