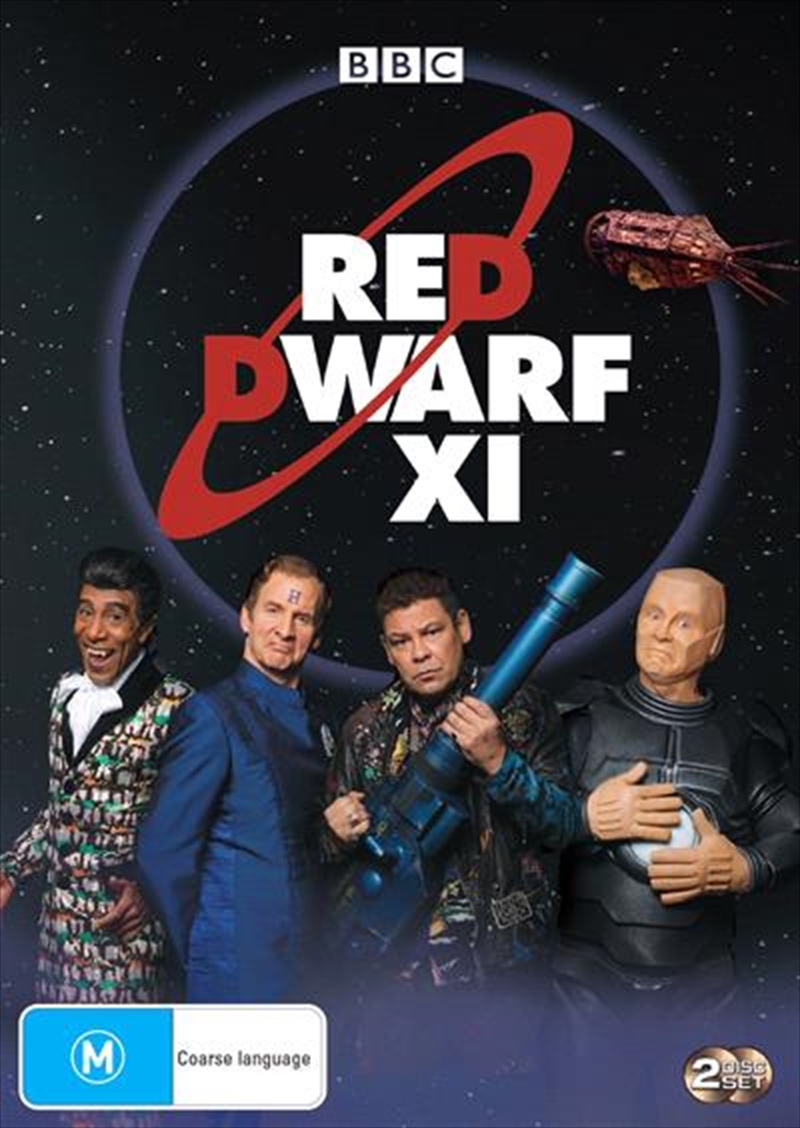 The comedy returns for an 11th outing, with the original cast and a host of guest stars on board. The series sees two of the Dwarfers' dreams come true: Rimmer accidentally saves a Space Corp Captain and is promoted to Officer, while Cat takes time off from loving himself to fall in love with a female cat with a very big secret. Lister wakes up to discover a deranged droid has stolen his body parts and Kryten has a mid-life crisis and changes his body cover from grey to Ferrari red. With big laughs and dazzling effects, Red Dwarf XI continues on from the award-winning Red Dwarf X and recaptures the show's golden age.