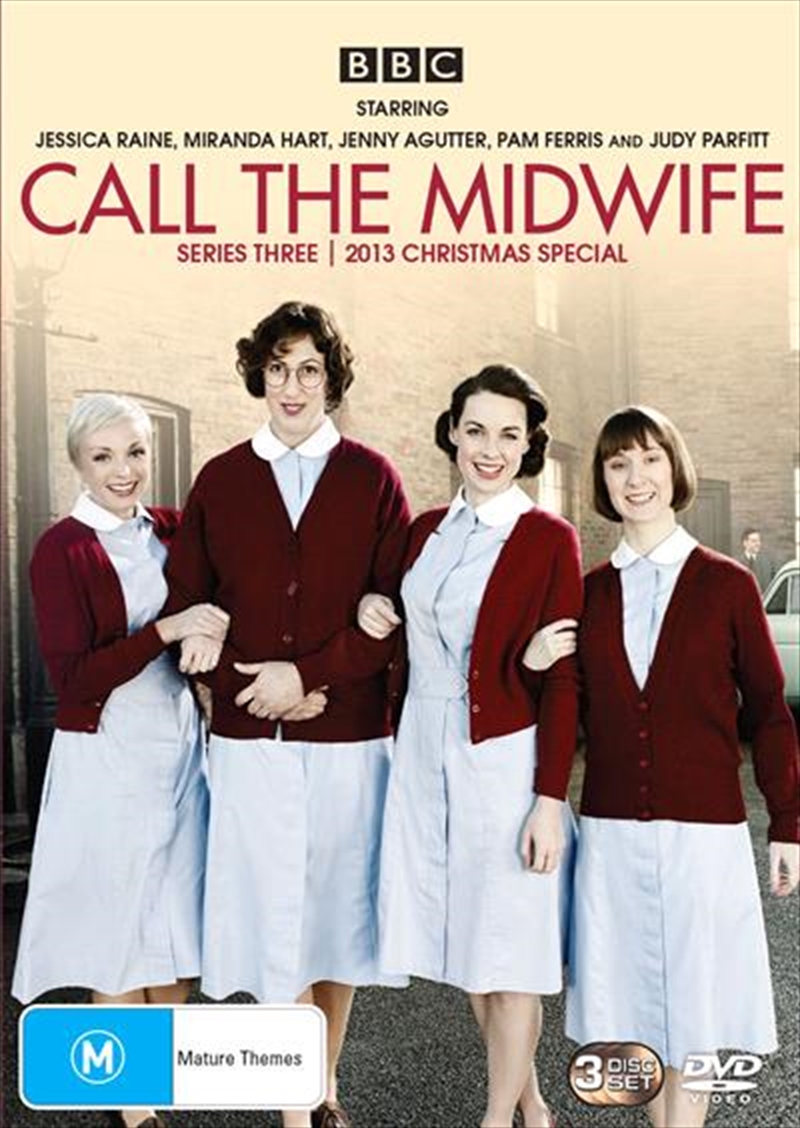 Shipping - See delivery options.
Postcode:
Quantity:
SEE MORE IN:
3 for $40 TV Call The Midwife TV Series Medical Shows BBC
DESCRIPTION
Call the Midwife follows Nurse Jenny Lee and the midwives and nuns of Nonnatus House as they work to provide the best possible care to the expectant mothers of Poplar. Series 3 is set in 1959, and shows Jenny facing some tough personal and professional challenges. There are changes too for Chummy, as she settles into motherhood and for Sister Bernadette - now known as Shelagh as she prepares to marry Dr Turner. At Christmas, when an unexploded World War II bomb is discovered under a warehouse close to Nonnatus House, the nuns and dozens of local families find themselves homeless. Later, Dr Turner faces a race against time to immunise local children against polio, and when a Royal visitor comes to the East End, Chummy persuades them to open the new Community Centre. A fascinating portrayal of birth, life, death and a community on the brink of huge social change, Call the Midwife continues to offer a gripping insight into a world that is so drastically different from how we live now.
DETAILS