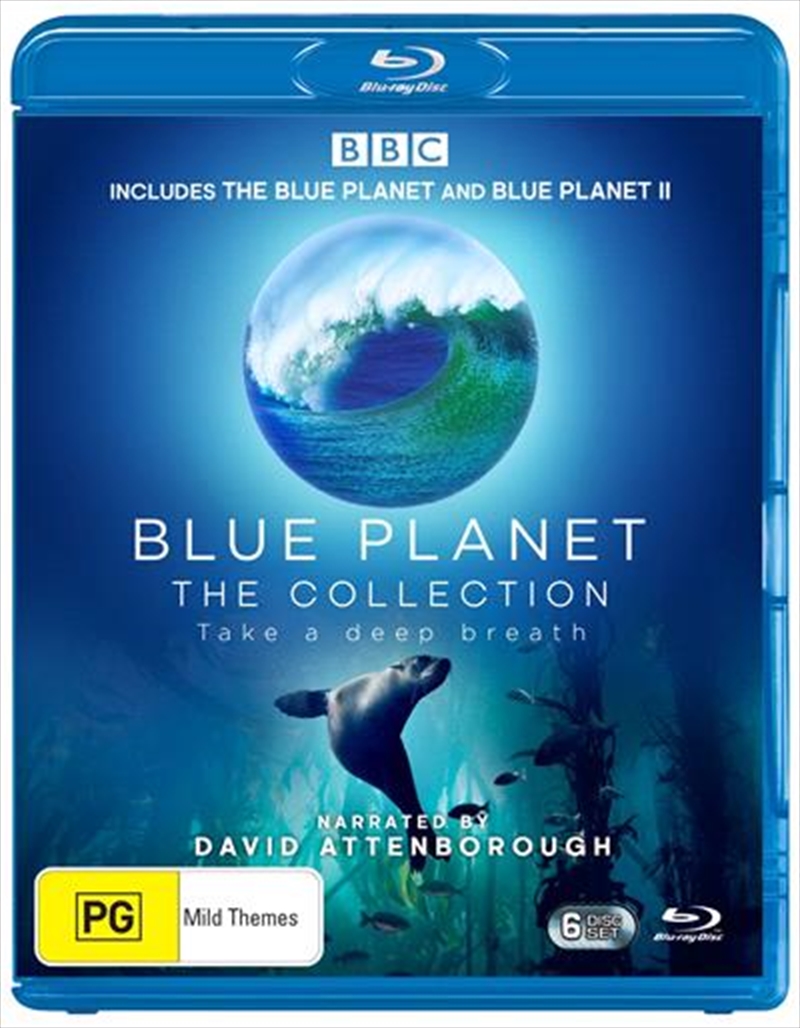 Blue Planet: This definitive natural history of the world's oceans covers everything from popular shores and teeming shallows to the mysterious open depths. Two-thirds of the planet is covered by the oceans and yet they remain largely unexplored and certainly under-filmed. This series changes all that and subsequently changes our views of the deep.
Blue Planet II: Since Blue Planet aired in 2001, our understanding of life beneath the waves has completely changed. Travelling from the icy polar seas to the vibrant blues of the coral atolls, Blue Planet II shares these astonishing new discoveries. Meet the strange octopuses lurking in the depths of the Antarctic ocean. Watch giant trevally fish leap to catch birds in mid-air. And ride on the back of a hammerhead shark as it attacks. Inspiring awe and wonder, this series reveals surprising new places, charismatic new characters and extraordinary new behaviours.
DETAILS