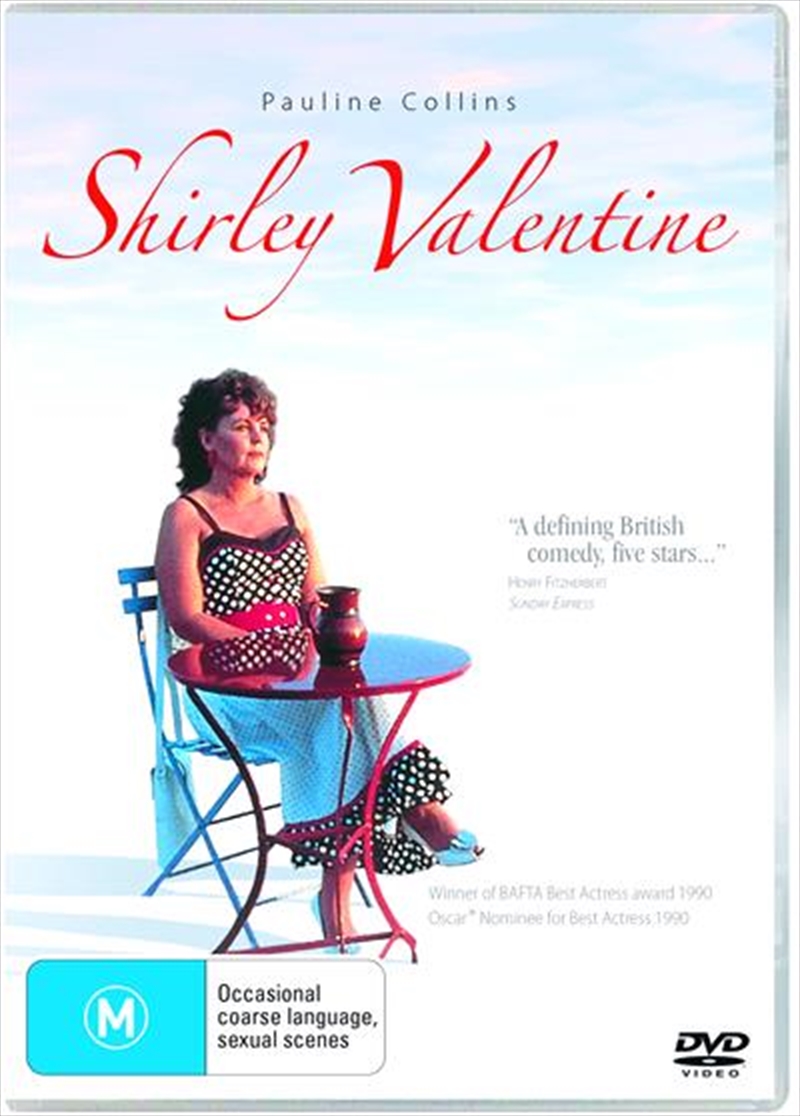 Shipping - See delivery options.
Postcode:
Quantity:
SEE MORE IN:
3 for $30 Movies & More Joanna Lumley
DESCRIPTION
No one thought she had the courage. The nerve. Or the lingerie.

In the role that won her Broadway's acclaimed Tony Award, Pauline Collins is the hilariously endearing Shirley Valentine, a wisecracking, completely unpredictable English housewife who proves its never too late to recapture your dreams. Bored with her suburban life, Shirley takes a chance on adventure when her friend invites her on a vacation to Greece. Within no time shes back to her rebellious teenage roots, saying yes to a wild fling with a handsome rogue and the life she's always wanted.
DETAILS