Out Of Towners, The 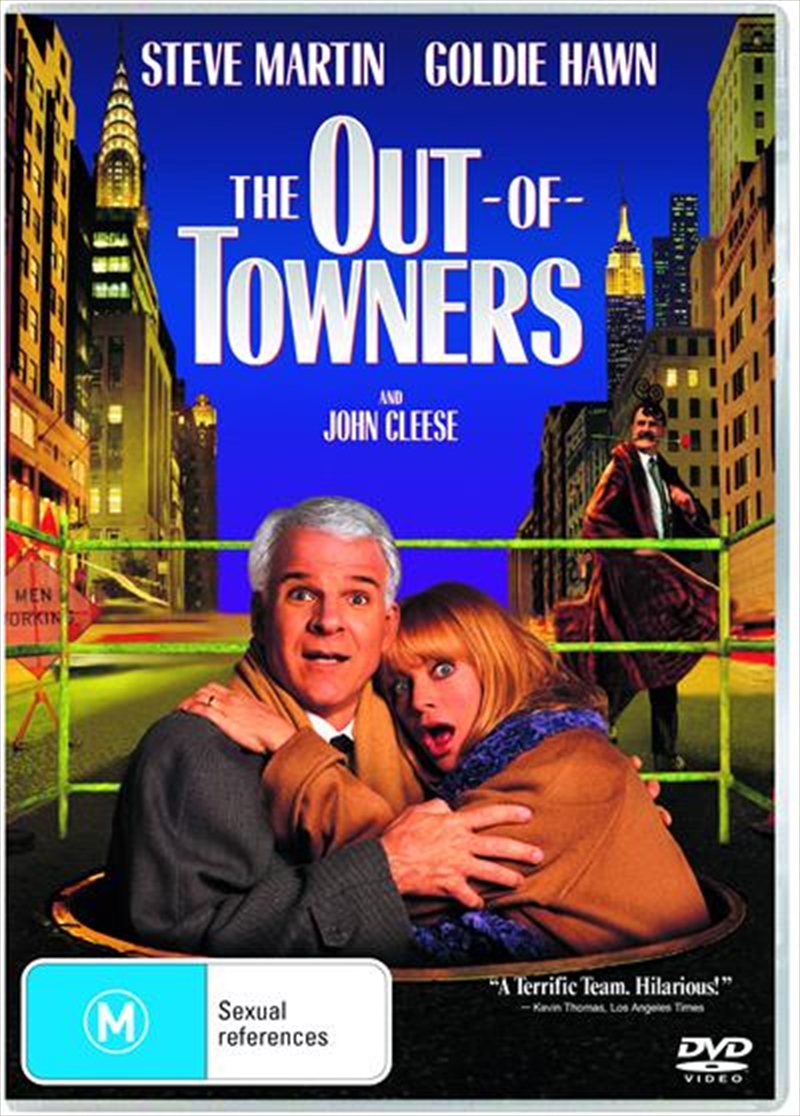 Farewell, Ohio. Hello, hilarity! Steve Martin and Goldie Hawn reunite for this exhilarating comedy based on the Neil Simon screenplay. They play Henry and Nancy Clark, a married couple whose passion cooled long ago. But now their last child has left the nest, and the solidly Midwestern Clarks have a chance to relocate to New York City. Anything can happen. And for the next 24 hours, everything does. Luggage is lost. A private marital moment becomes very public. A rude hotel manager (John Cleese) vexes them and an angry Rottweiler pursues them. These and many more antics fly by wild and fast. And talented comics Martin, Hawn and Cleese are just the folks to keep up with them.

Title: Out Of Towners, The